We live in a developed world that has overcome many atrocities sparked by stereotypes and misinformed notions that were blatantly sexist or misogynistic. Unfortunately, even in the 21st century, women across the world, especially those in a position of power and influence, are easily overpowered by their femininity in a counterproductive manner.

In hopes of bringing awareness to this ever-increasing problem, we’ve scanned the web to compile a list of times when influential women who were actively trying to improve the state of affairs in the world and were bombarded with attention by the media over their pregnancy rather than the noble causes they support.

You’ll be surprised by the cause in slide #1 that an A-list singer was fighting against only for it to be overlooked by the media.

10. Amal Clooney And Her Fight To Bring Da’esh To Justice 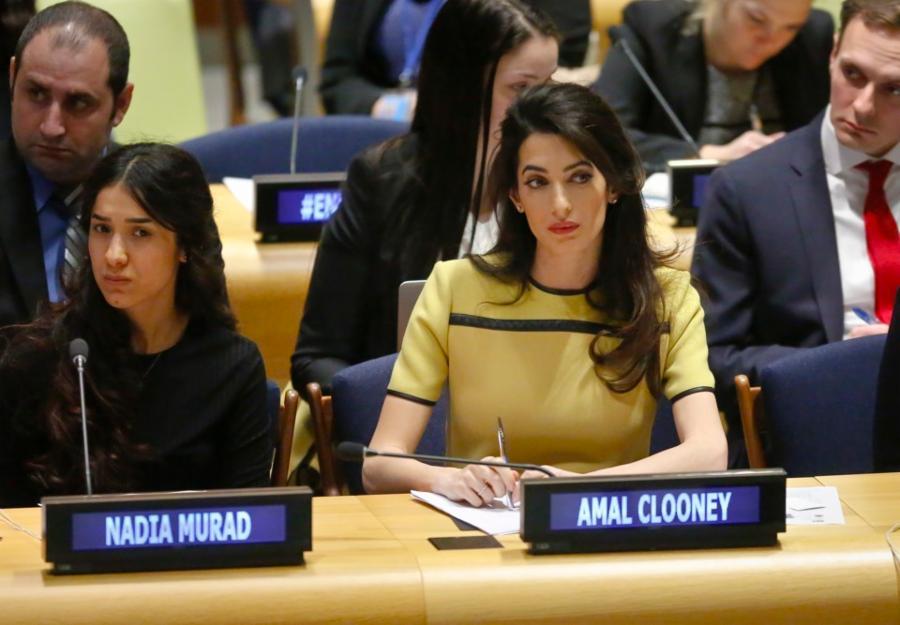 In early 2017, Amal Clooney appeared in front of the United Nations and made a speech in support of bringing justice down on the heads of the Da’esh (also known as ISIS). Rather than covering her vital remarks made in the discussion, media reports were bombarded (no pun intended) with pictures and information on her pregnancy.