The standard of beauty varies around the world. Beauty is both biological and cultural, and one can agree that each ethnicity has its own “ideal” versions of beauty. The stick-thin models put on a pedestal may not be as favored in other countries because some like their ladies plump. Like they say, ‘real women have curves’.

One company conducted a study to determine the standard of beauty from 18 countries around the world. The U.K. online pharmacist company, Superdrug Online Doctors set up a project called “Perceptions of Perfection” to explore these different cultural ideas of beauties around the world. The company hired 18 designers (14 women and four men) from different countries to Photoshop the same stock image of a woman to fit their respective country’s beauty standards. The company also created a chart showing the estimated weight and body mass index (BMI) of the Photoshopped model by country. Their goal was to promote understanding and enlighten consumers around the world. To begin with, the original reference photo was a stock photo from Photoshop. The hired designers were The designers were allowed to play with the size of her waist, hair, face, and even shoe choice. Read on to see the interesting results. 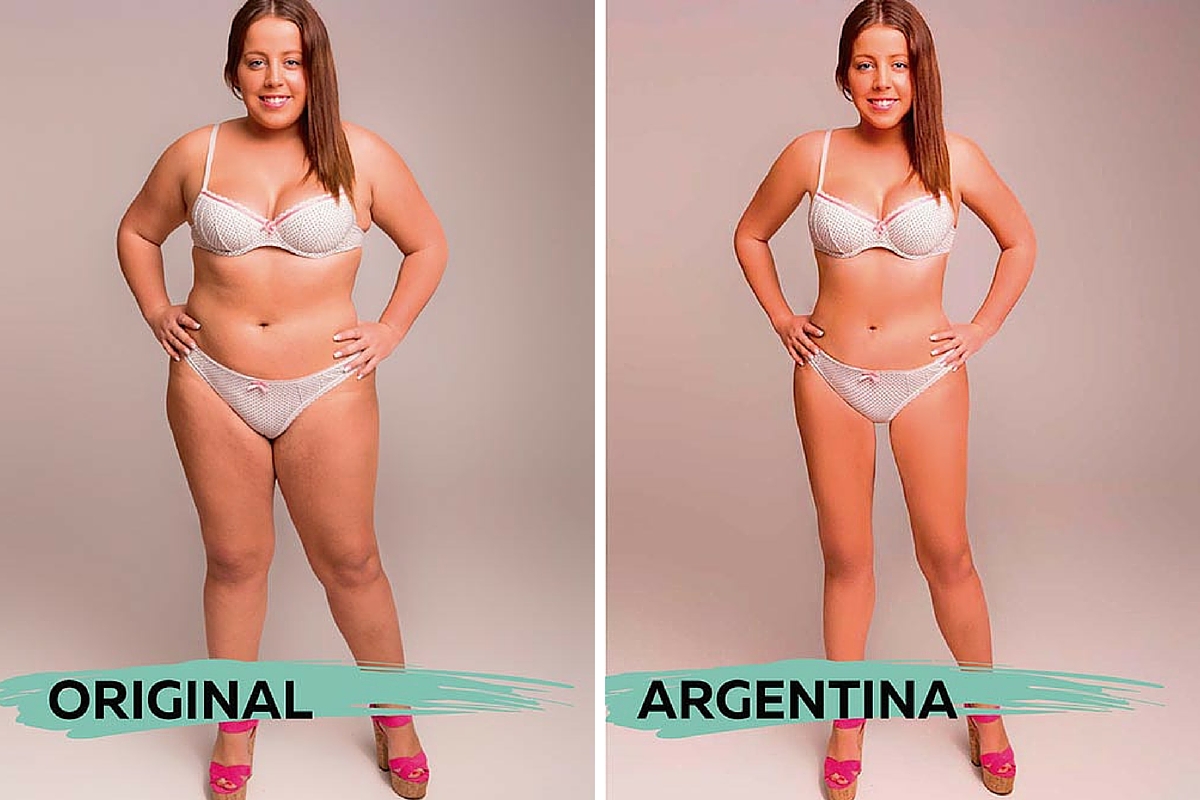 Argentinian women commonly have angelic features and sky blue eyes. Typically they require little to no makeup to enhance their looks because they are born beautiful. Most Argentinian women have flawless skin and perfect figures. They all look like they could be on a billboard. They are also low maintenance compared to other Latin countries as they do not spend much time and fortune on personal beauty products. The Superdrug Online Doctors estimated the BMI of the photoshopped image, which was 21.1 and weighed 127 lbs. The BMI was within normal range. We can see from the photo that the photoshopped one was slimmer from head to toe with a very prominent thigh gap which most women covet. The skin was also a little bit on the sunkissed side.

Beauties and their Beasts

40 Of The Funniest AutoCorrects Ever