Luckily for us, the phrase “raining cats and dogs” didn’t originate after a downpour of felines and canines. The phrase actually arose because dead animals would wash up in the streets after a massive storm and give the impression that it had rained the animals.

If we did create phrases connected to what has fallen from the sky, we might be saying it’s “raining frozen airplane pee” or maybe it’s “raining blood and hay” all of which have plunged to Earth at one time or another.

If you find those difficult to imagine, try wrapping your brain around some of the unusual items on this list. 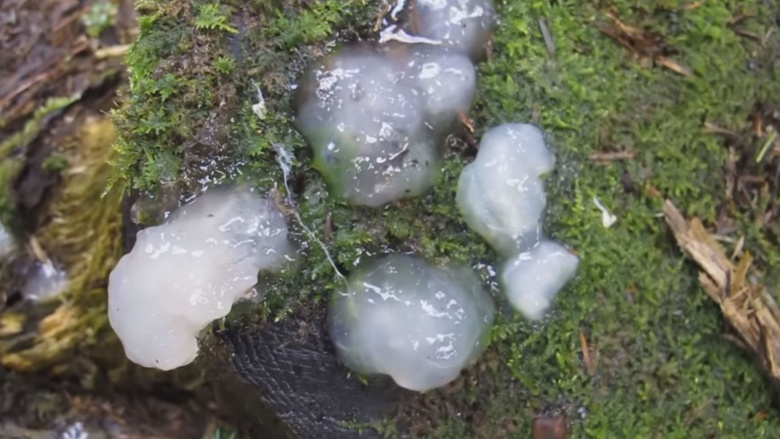 A strange jelly-like substance landed on the ground in Scotland in 2009. Scientific analysis proved the material was the undigested reproductive systems of frogs.

The amphibian innards fell from the sky when birds, who had eaten the local frogs, disgorged the unwanted morsels, sending them spiraling to Earth.

Not as exciting as real alien star jelly, but way up there on the gross scale.

Full House Cast: Then And Now