It’s hard to believe our planet is warming in the middle of winter and off-season snowstorms. It’s also hard to picture the impact of changing temperatures over time without seeing it firsthand.

Newly released photos from NASA chronicle that impact and are much more stark than you’d think. The changes are also taking place within our lifetime, in just a matter of years or decades instead of centuries.

Think this is a hoax? Just hyperbole and crazy talk? Click through to the next slide to see for yourself some of the most shocking images from NASA’s collection… 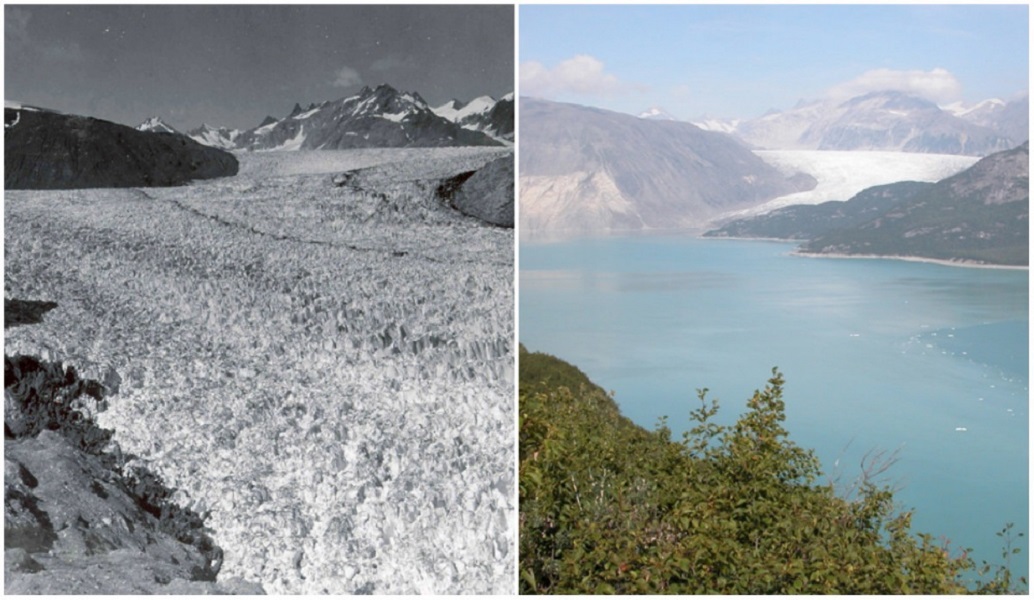 On the left is the glacier in 1941. On the right is the “glacier” in 2004. The landmark in Glacier Bay National Park in Alaska has retreated more than seven miles in the 63 years between the photos. Muir Glacier has retreated so much it’s barely in view and barely qualifies as a glacier.
Advertisement

25 Celebrities Who Love to go Commando

The Wedding Photographer Wasn’t Expecting To Capture This