Have you tried placing current photos of your own right next to either of your parents of the same age? Chances are, you’ll be surprised at how similar you look with either (or both) of them. No matter how hard you try to mask or deny yourself of looking like them, one fact is certain: genetics will always be the culprit when it comes to associating physical attributes to parents or from the generation before them. And it’s not always the son that looks exactly like his father or grandfather. There are instances where a daughter has the same genetic attributes to that of her father or son who owns the same looks as that of his mother.

These images are proof that in the world of genetics, sometimes, the apple doesn’t really fall far from the tree: 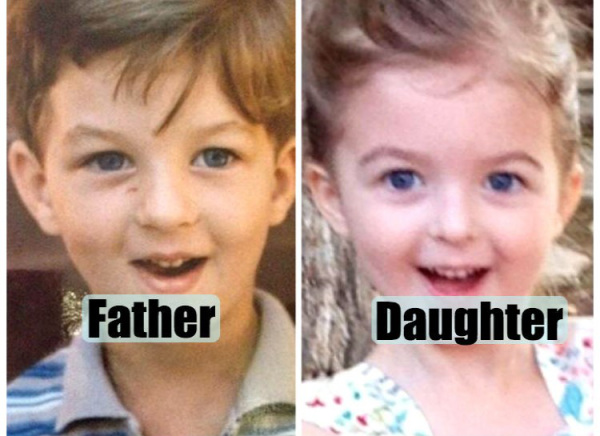 Not a lot of girls today would complain of having similar physical attributes to their dad. But then again, not all of them are thrilled to looking like carbon copies of them either. But if you compare this picture together, they look exactly the same at the same age.

How To Cure A Toothache With Just A Few Household Ingredients!