What does AMC’s hit zombie series “The Walking Dead’ have in common with Pixar’s children movie “Toy Story”? At first glance, Toy Story and The Walking Dead are no way related to each other. The Walking Dead is an apocalyptic, horror, drama series while Toy Story is a kid-friendly drama movie. However, writer and director John Wray showed in his photo series that they are much more common than you would imagine. Ready to get your mind blown? See their uncanny similarities for yourself! 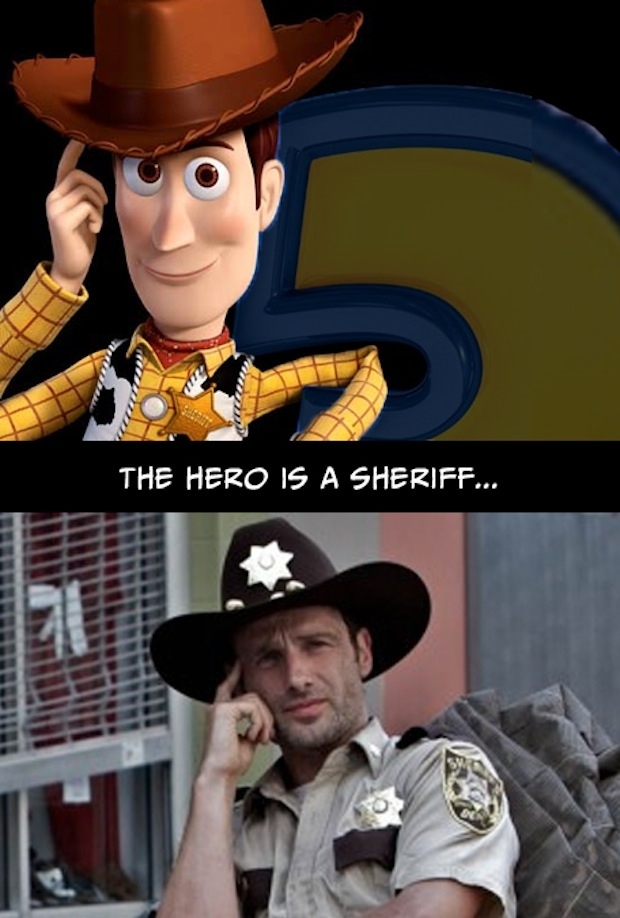 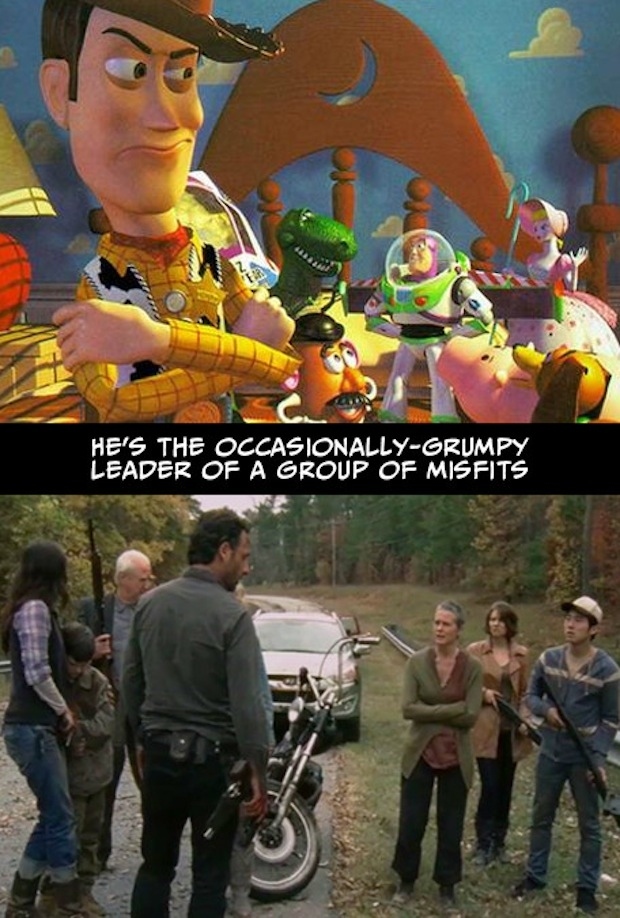 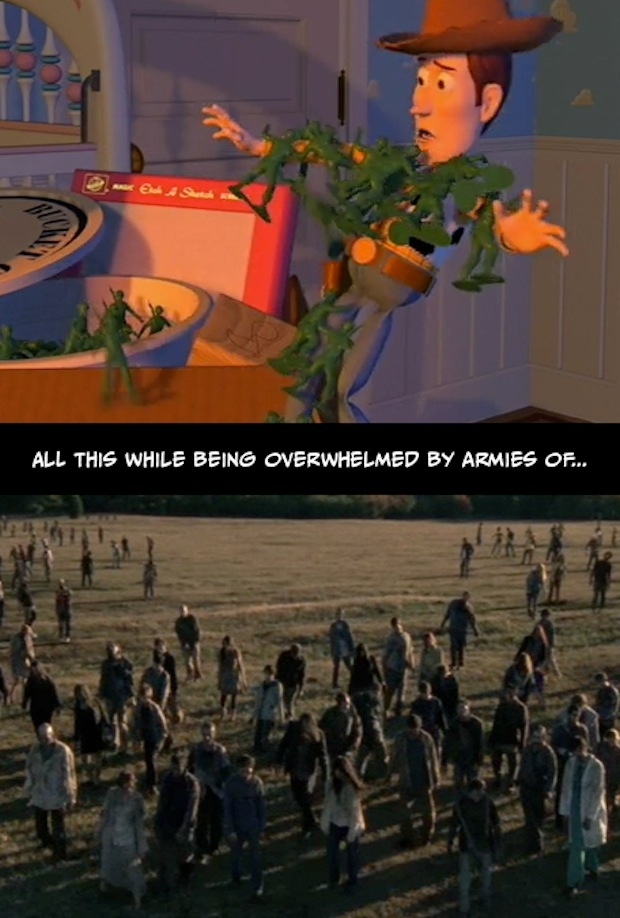 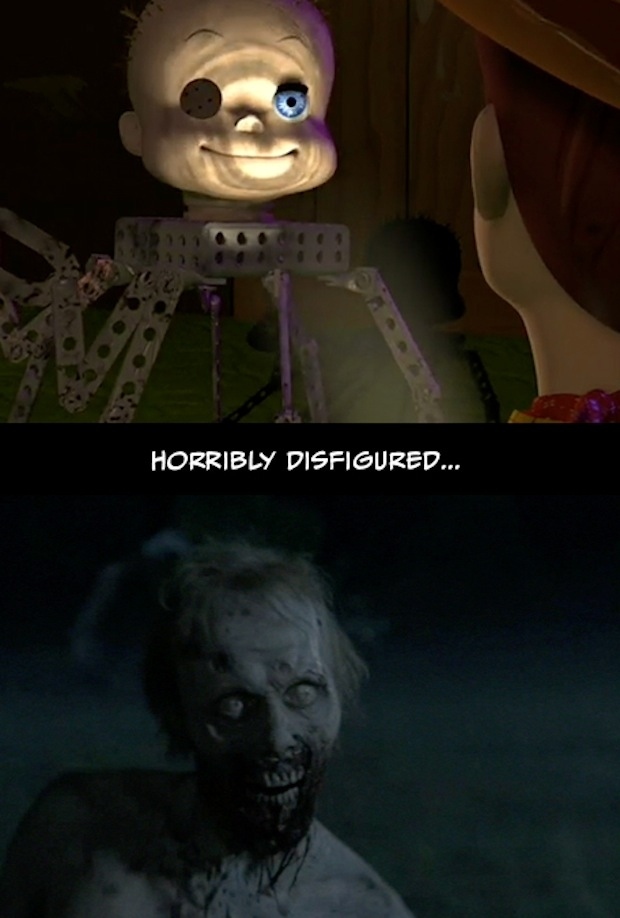 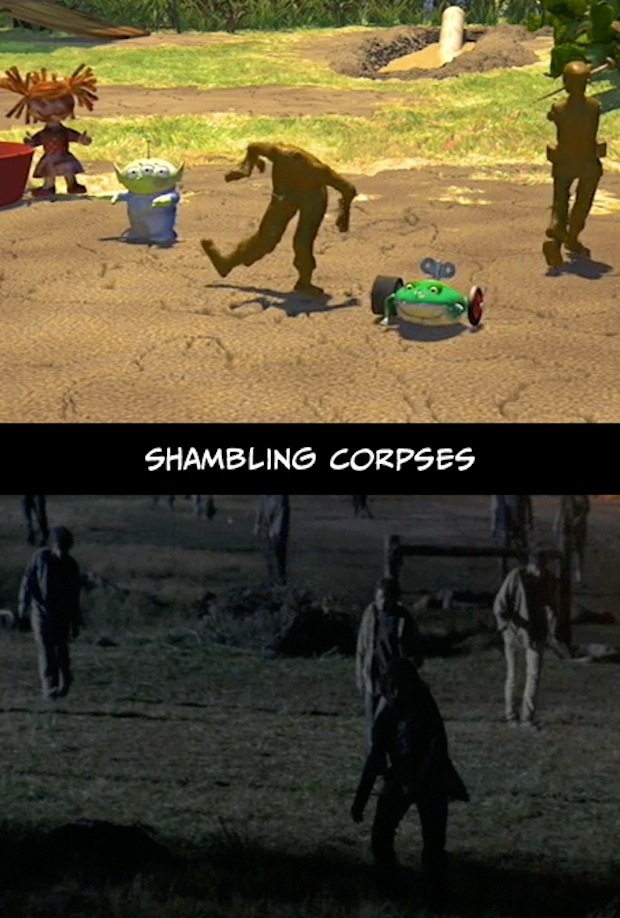 What basically makes Toy Story and the Walking Dead the same is that each story consists of a group thrown together by fate living in a world full of horribly disfigured, shambling creatures that want to chew them apart and each group is led by an occasionally grumpy sheriff leader, Rick in The Walking Dead and Woody in Toy Story. Coincidentally, both of them are wearing cowboy hats. 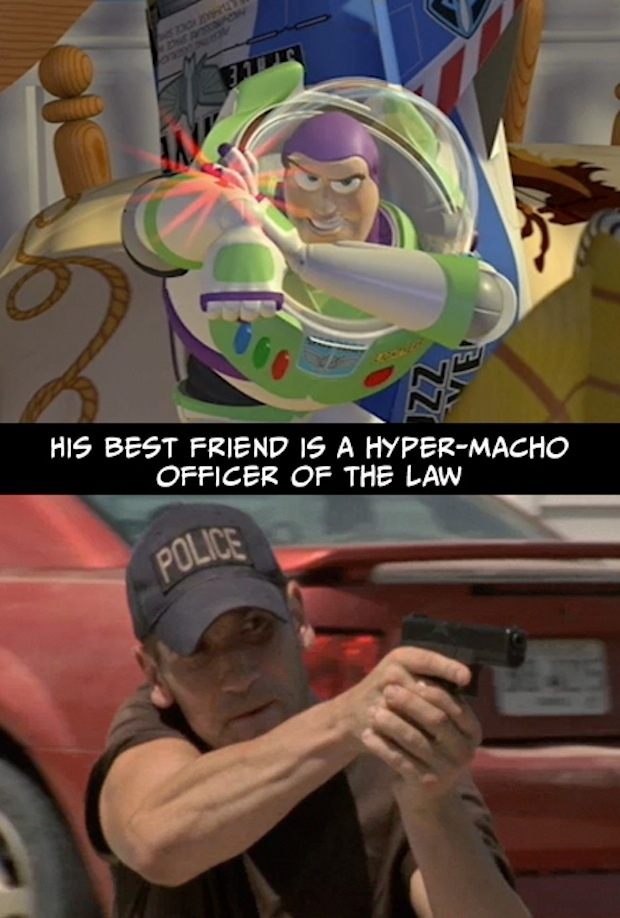 Both of the leaders have a bestfriend who is a hyper-macho officer of the law who will later become their rival.

3. What Keeps Both Sheriffs Going Is Their Love For Their Little Boy 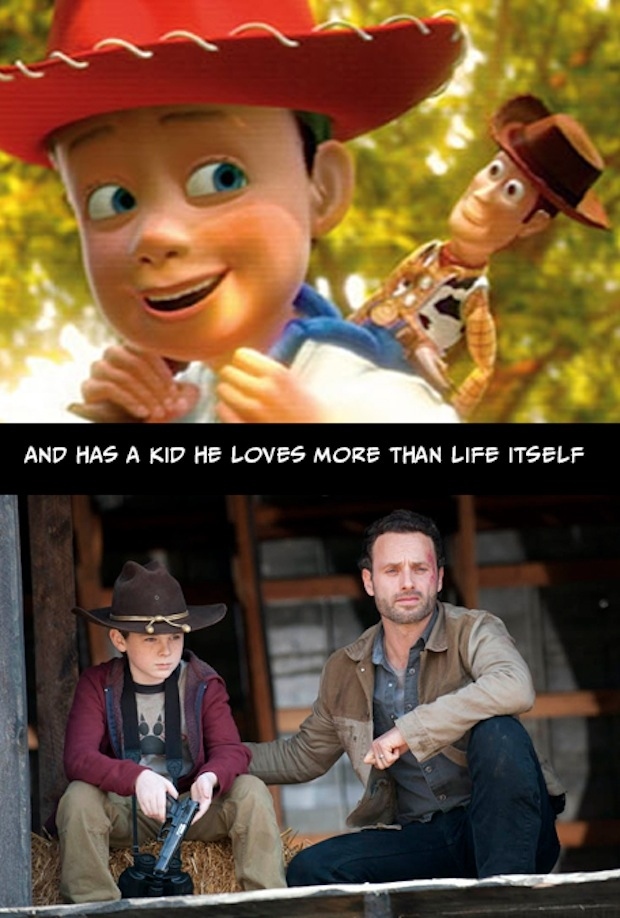 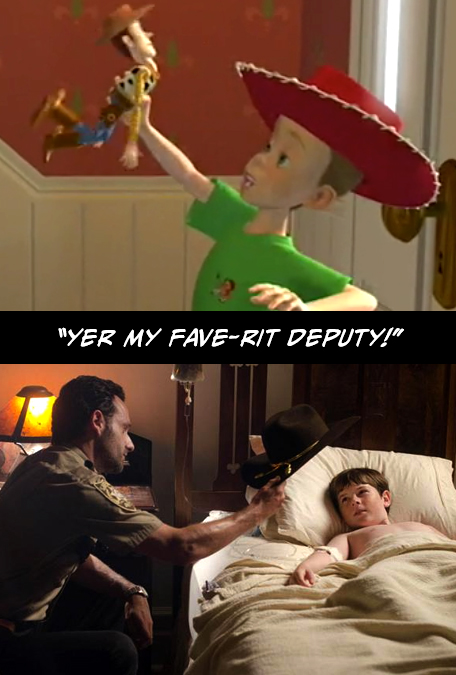 And both of the sheriff leaders are driven to keep going by their love for their little kid and will do whatever to protect them.

These Two Girls Were Actually Raised By Wolves