If it were a joke, it would be funny: What do you get when you cross three hungry lions and an understandably tetchy Rhino? What you get is sheer brutality, and it’s not that funny. In terms of being king of the jungle – or plains for that matter – the lion usually takes the crown. But the rhino, sometimes weighing as much as one ton, endowed with purposely-built thick skin and a killer horn, knows few predators. The worst of which is us, the human, and in second place big cats such as the lion – and that’s if the lion is having a good day!

Take a look at these amazing moments captured by camera when three lions outnumber a solitary rhino. A rhino we might add, who is pregnant, and pissed.

10. Just Minding My Own Business 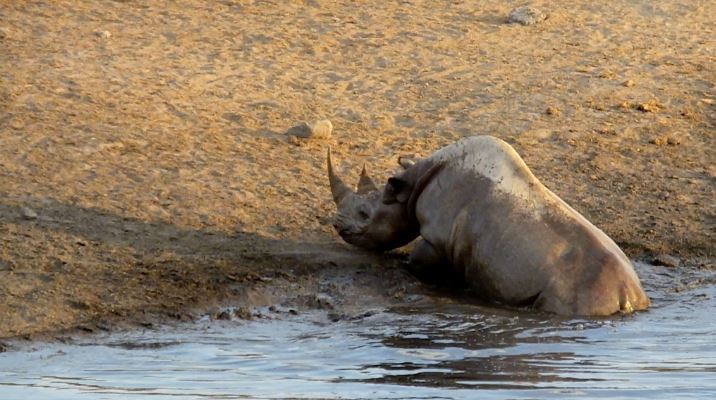 The story takes place in Etosha National Park, South Africa, where a black rhino in need of a little drink decides to go to the local watering hole. The poor girl seems to be unsteady on her feet, and slips right into the water. Luckily some tourists were nearby to capture this.