There are some celebrities that we love to stalk. We are obsessed about knowing more about the lives of these celebs that we are thankful for the social media called Instagram for making stalking a whole lot easier for us. We show admiration for these celebs that we have this urge to double tap almost all the photos that they post in their accounts.

We really admire these people that we look up to elethem even if we are well aware that majority of these pictures are edited and posed. Well, a certain comedian decided to show us how absurd the poses of these celebrities can get by recreating their shots. Here are some of her photos: 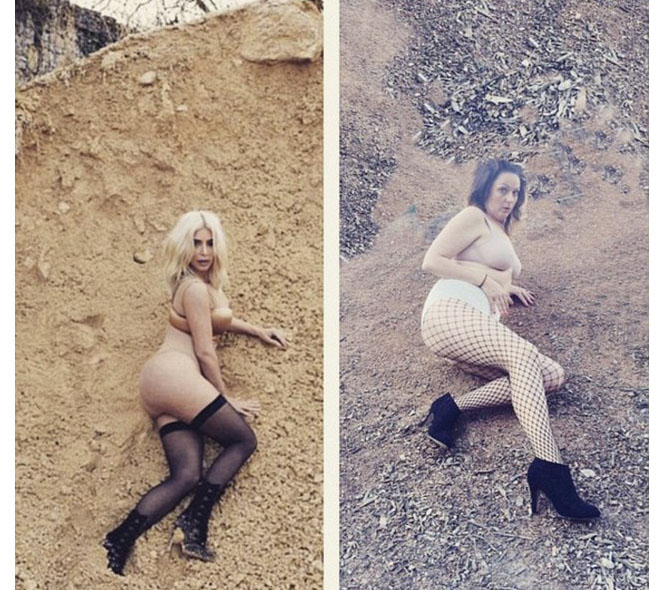 Kim Kardashian claimed that this is her very own self styled and produced shoot. Well, her picture in the dirt wearing almost nothing has gotten everybody talking recently. For Kim, the shoot may seem sexy. But a normal person lying on a dirt wearing fishnets and undies is not something you would like to see.

Here’s What The Cast Of Roseanne Is Up To Today