People have an almost inherent love for animals. But few groups of people have as much love for them as PETA. On a seemingly regular day, 2 PETA volunteers were visiting a dog that was chained up in a yard. They gave it food, played a while and took some photos. When they showed the photos back at the office, a co-worker of theirs was in shock. She was certain the chained up dog was one she used to know, one that had suddenly gone missing. Continue reading to see what happens in this heartwarming story that will surely tug your heart strings. 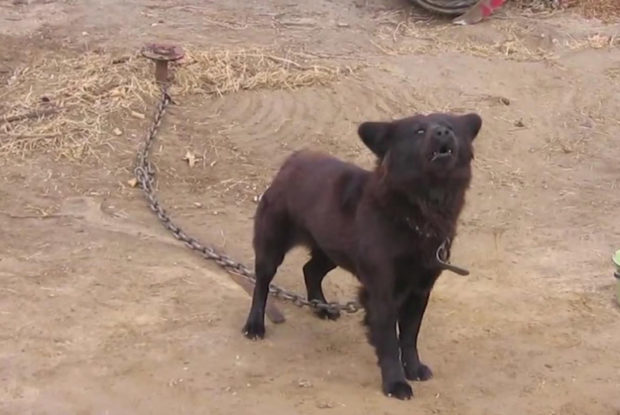 The dog I was speaking about in the intro goes by the name of Edith, and she is an adorable black mix chow. While Edith did, in fact, have owners, they were very neglectful towards her. They had not only chained her up in their yard, but gave her very little food, love, and affection.

12 Hotties Get Screwed After Asking The Internet For Photoshop Help