Sometimes, inspiration strikes and no amount of careful consideration or friendly advice can stop the YOLO train – you’re getting a wild tattoo! Right on the face? Probably!

While we’re not big fans of making fun of others’ lifestyle choices, indulging in a bit of schadenfraude now and again can’t hurt. We gathered some of the most spectacular and hilarious tattoo fails from around the web, and we’re sharing them with you. Enjoy the delicious weirdness! 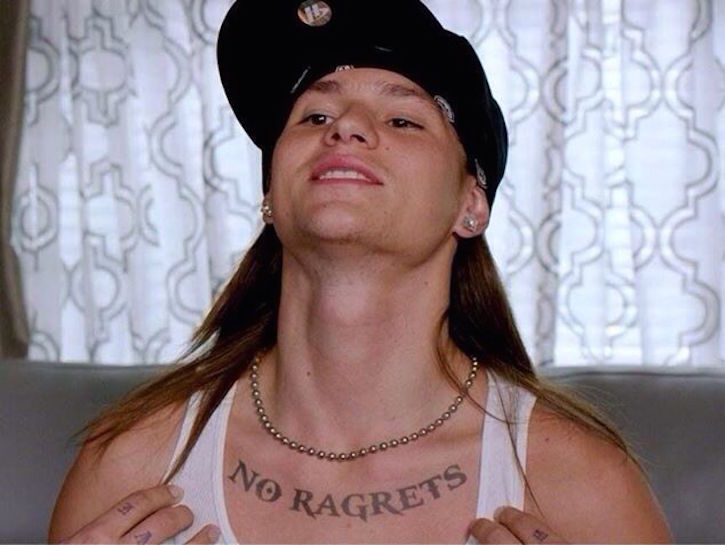 We had to begin with this classic image from the film We’re The Millers. This young man stated that he lives his life with no regrets, and the characters ask, “not even one letter?” It may be fictional, but as you can see with the rest of this list, it’s by no means unrealistic. 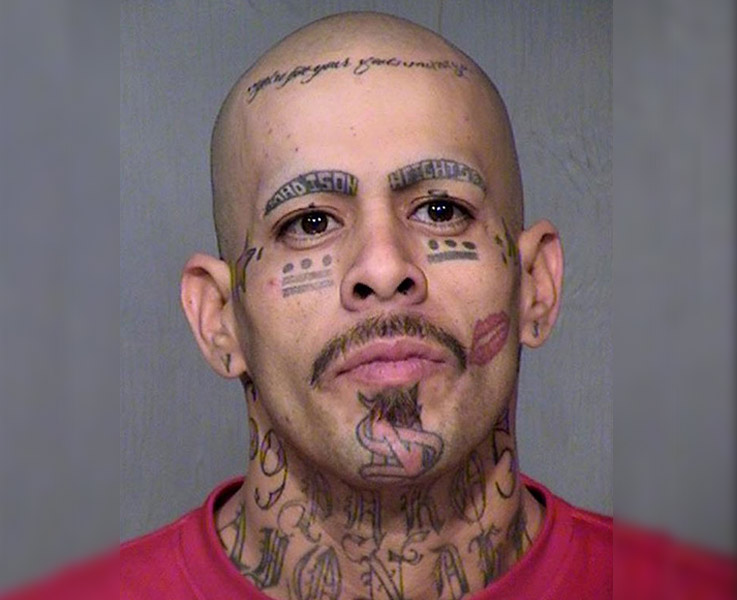 This young man apparently decided that natural eyebrows, made of old fashioned hair, were just way too boring. In addition to his plethora of wildly mismatched face tattoos – including a lipstick kiss on the cheek – he’s branded his brow line with “Madison Heights.” 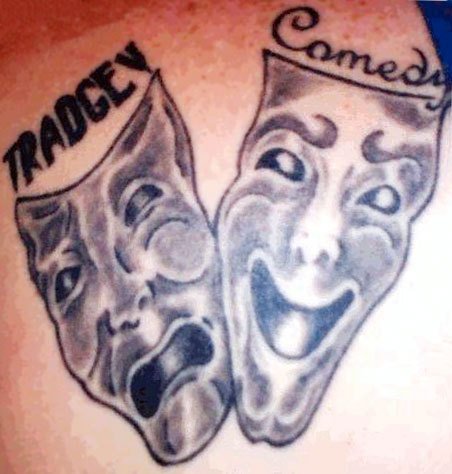 While the masks themselves look totally fine, we think that the artist might want to consult a spelling book before his next job. “Tradgey” isn’t a word that we’re aware of, but then again, we don’t work in show business.