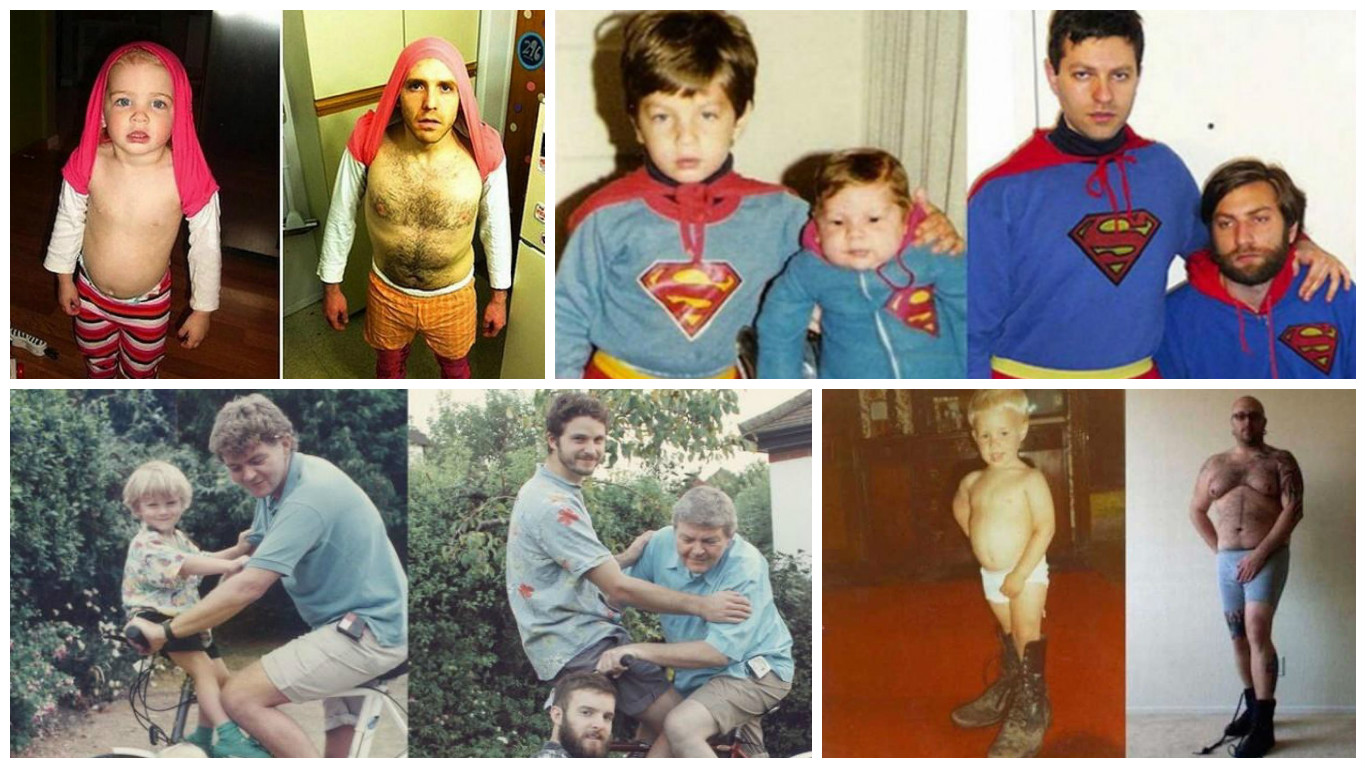 Advertisement
Ever since the invention of the camera, people have been taking pictures of their family. Photos are a great way for us to remember the past and always cherish the memories we once shared with our families. With the invention of the cell phone, we’re able to capture those pictures much easier! And with the use of social media, we can share those photos much faster as well. This has allowed for a trend of “photo recreations.” It basically involves exactly what it sounds like, people taking old family photos and recreating the picture! Here are 18 of the most hilarious of those recreations! 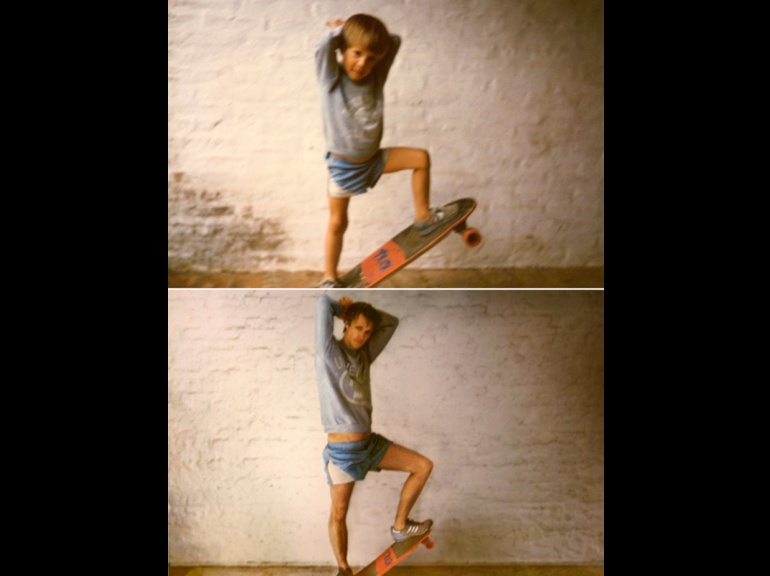 There’s something that’s just a little less cool about the older guy in the second picture. Maybe it’s the pose, or maybe it’s just the picture in general. Either way, hopefully, he’s improved his skill since the time! Or perhaps he never really got into skateboarding and is just being the ultimate poser right now!

20 Famous Celebrities with Their Look-Alikes from the Past Can Make...