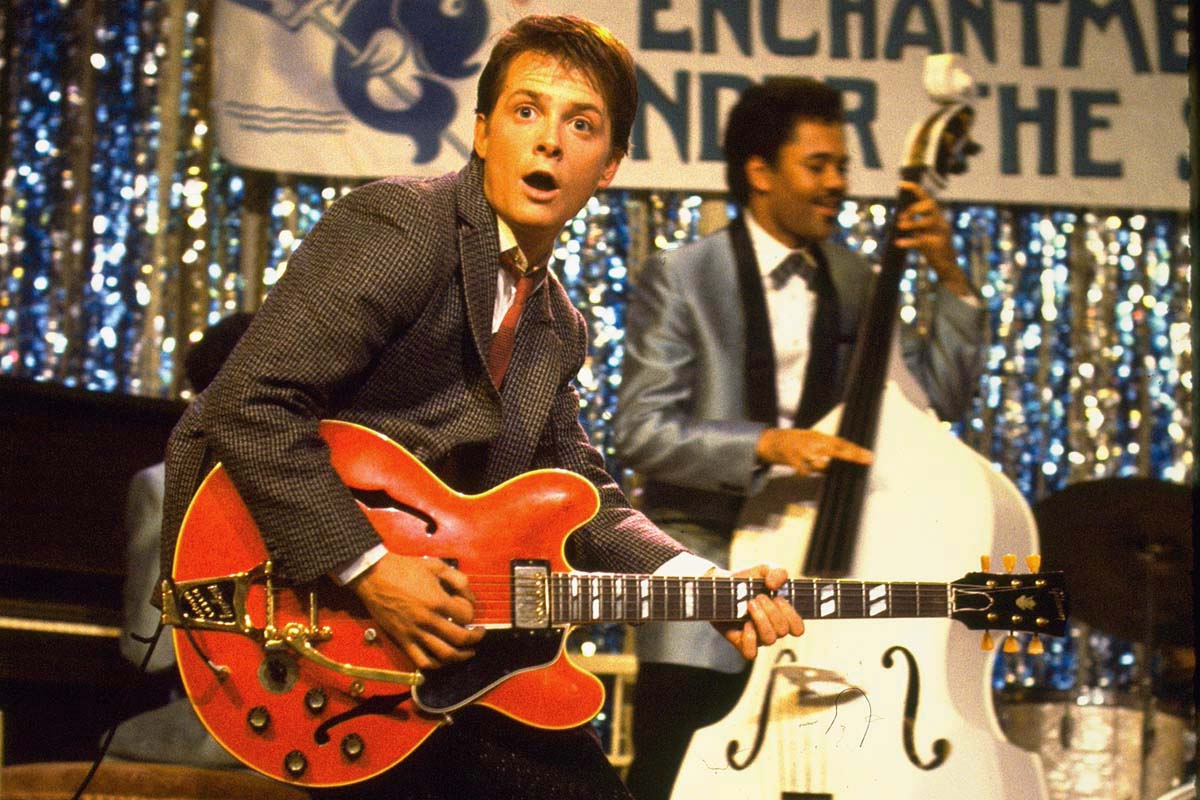 Back to the future was one of the most commercially successful movies back in the 80s. It’s about a small-town teen named Marty McFly who traveled back into 1955 when the experiment of his wacky scientist friend went amiss. There was a scene when he was rocking a guitar solo which was pretty dope. But the guitar Marty was playing didn’t come out until 1958. But who cares, his guitar solo was off the hook. That is if it was really him playing the guitar.