If you were presented with the chance to travel whenever and wherever you like—all the while still bringing in paychecks—would you take it?

Will and Alyssa, a couple who lived in Los Angeles and worked in Silicon Valley, came across this 2001 GMC Bluebird school bus in October 2014. They saw a glowing opportunity. With a lot of elbow grease, the 37′ bus became a house on wheels for the couple, who use it to travel the United States with their dog, Hilde.

The only thing this renovated school bus can’t do is fly. Read on to learn more about its awesome features and the couple’s adventures.

Why Buy A Bus? 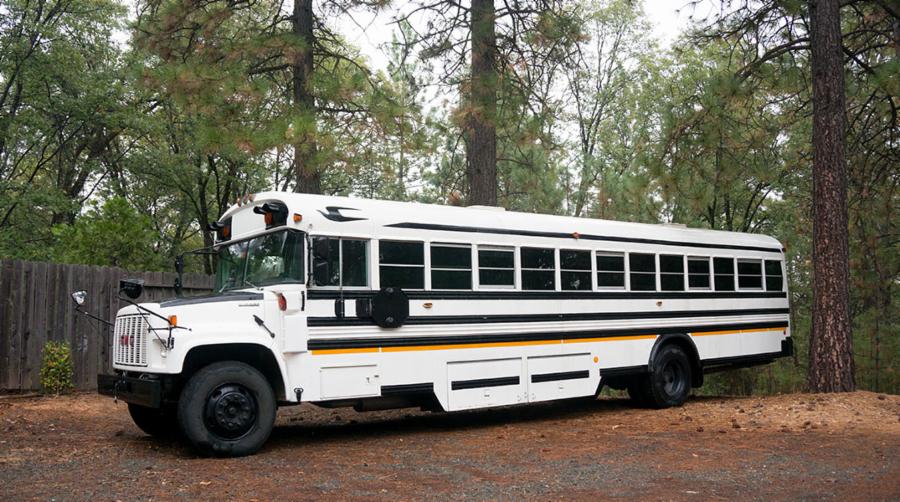 Will and Alyssa wanted to make their own rules. They quit their Silicon Valley tech jobs in 2013 to move to Boulder, Colorado, where they planned on starting a tech consulting company of their own.

One year later, they decided to try working remotely in a big way. They came across the 37′ Bluebird and began converting it into an RV.

Blast from the Past: 50 Things I Bet You Would Never...