Love exploring creepy abandoned places? Then the Anderlecht Veterinary School in Brussels, Belgium must be on your bucket list. This school looks like a set in a horror film with a mad scientist experimenting on animals and who knows what. The veterinary school was based in a complex of 19 Flemish neo-Renaissance style buildings, constructed in the early 20th century. In 1969 it was incorporated into the University of Liège, therefore they lost their independence. The school used to be filled and bustling with students but has abandoned the building since the 1990s and moved to the Sart-Tilman district of Liege. This is allegedly a fairly popular urban exploration destination, although anyone who wants to take a day trip to the Horror Labs is made of sterner stuff than we are. The site was abandoned with all its bizarre exhibits and creepy artifacts left in the building. Countless heads, brains, and other animal body parts were seen decaying inside jars filled with formaldehyde. After decades of neglect, even the formaldehyde that preserves these animal body parts has yellowed with age, while the specimens were falling apart. You could also just imagine the smell of the place. There were also tons of bottles with unknown fluids, syringes and other old and rusty medical equipment. The whole place is also reminiscent of a Gothic novel. Ready to see the photos? You better have not eaten lunch yet. 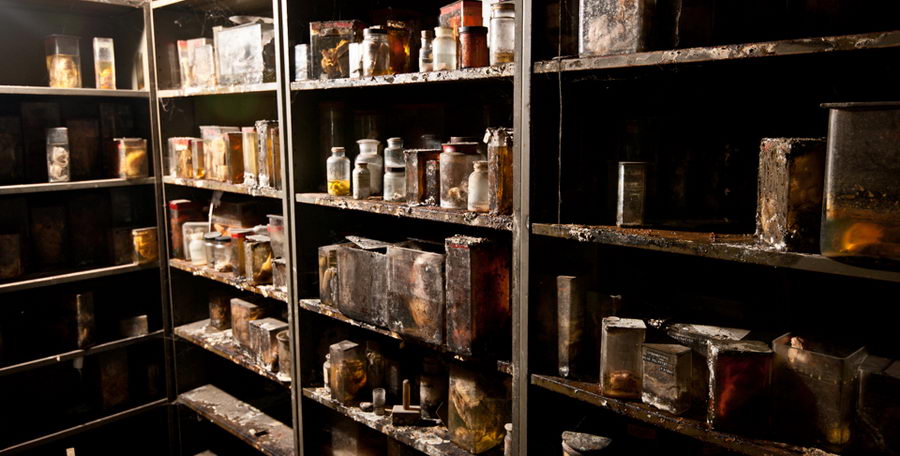 The jars filled who knows what is a vivid reminder of what went on at the school back in the day. You could only imagine what went on there and what the animals went through. After the developers overtook and restructured the place, no one knew what happened to the tons of preserved animal specimen. That just adds to the mystery surrounding the former Veterinary school and makes it all the more fascinating to adventure-seekers.

A Carpenter Saw Something Unusual in a Dumpster… But What He...