There are always risk factors to consider when making purchases on Craigslist. You have to trust that the stranger you’re dealing with isn’t being deceitful concerning the quality of your purchase and sometimes even the origin of the item. You also have to trust that you’re going to get your money’s worth. As you drive to go pick up your purchase, you hope there are no surprises. When Rabbi Noach Muroff made his purchase back in September of 2013, he had no clue there was something hidden inside that would eventually make national and international news. Click through to read his amazing story! 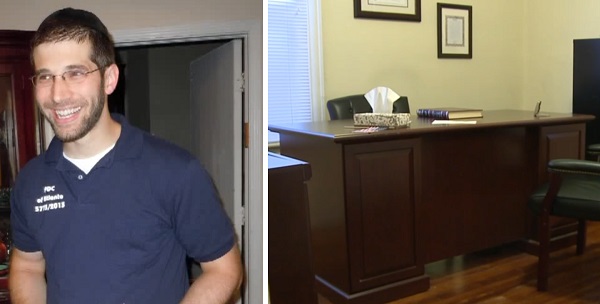 Noach Muraff is a Jewish man originally from Ottawa, Canada. He moved to New Haven, Connecticut back in 2008 to attend a yeshiva (a private Jewish University) where he submitted himself to the process of becoming a rabbi. Five years later, right after graduating, he was setting up his home study when he realized he desperately needed a desk for his work space. Since his Jewish culture teaches him to be frugal, he turned to Craigslist.

The Story Of The World’s Smallest Couple Is Heartwarming