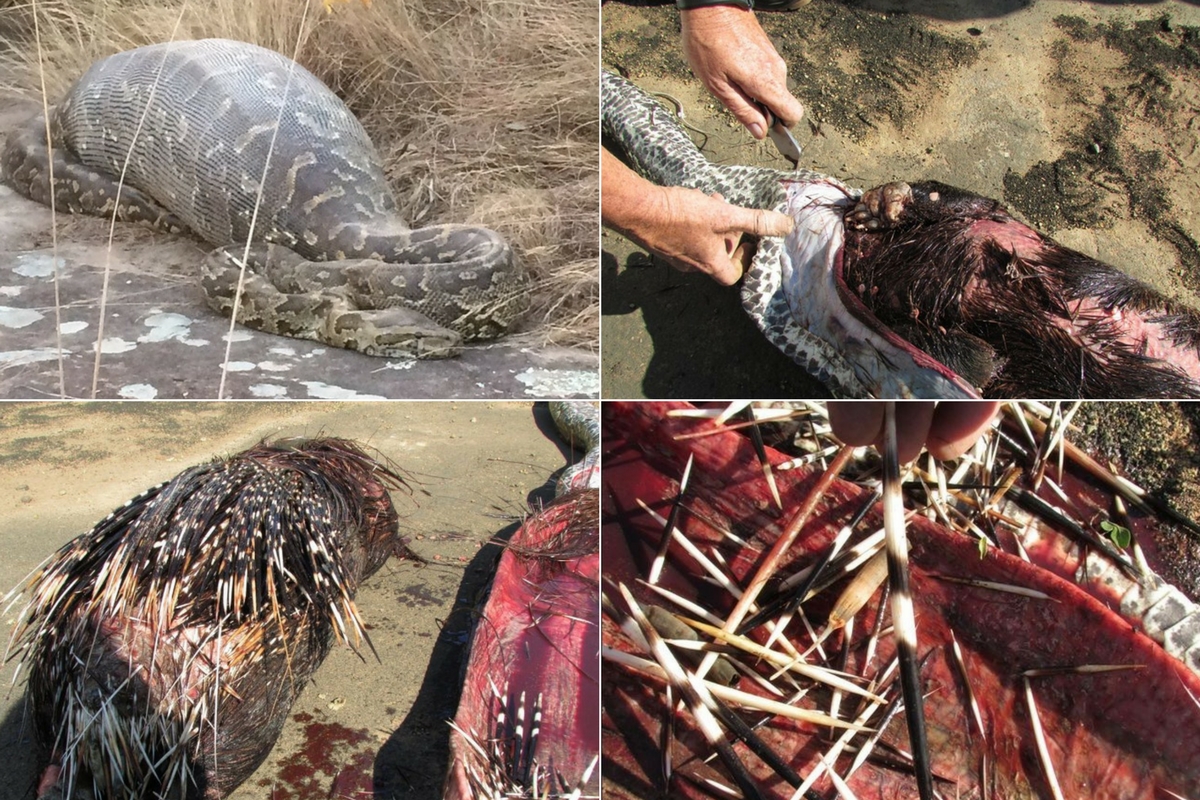 Advertisement
Pythons are giant snakes that people and even animals avoid. They are predators that kill their prey by suffocating them and eating them whole. Now you know why they’re avoided.

But this python wasn’t so lucky because he chose the wrong prey. Who eats a porcupine whole and lives to tell the tale? Not even this python lived to tell the tale. But a passing cyclist snapped a photo of a massive and bloated python that quickly got the attention of the people.

Nobody knew what it ate, but its massive size was so appealing that people flocked to see the creature. But what happened to the python? Read on to find out.

25 Celebrities Who Love to go Commando