Zebras are very social. Unlike other animals, they stay with their families for life. Small family groups assign themselves a herd and that herd travels together until death.

Foals remain close to their mothers who are constantly on the lookout for predators. In a herd, when one zebra is attacked, the others circle around it to scare off the predator. Rarely does a zebra attack another zebra in its herd, that’s why this herd’s defenses were down when one of its own babies became prey.

A male zebra attempts to leave the foal lifeless. What its mum does, is more than an act of nature.

There’s Something Not Quite Right 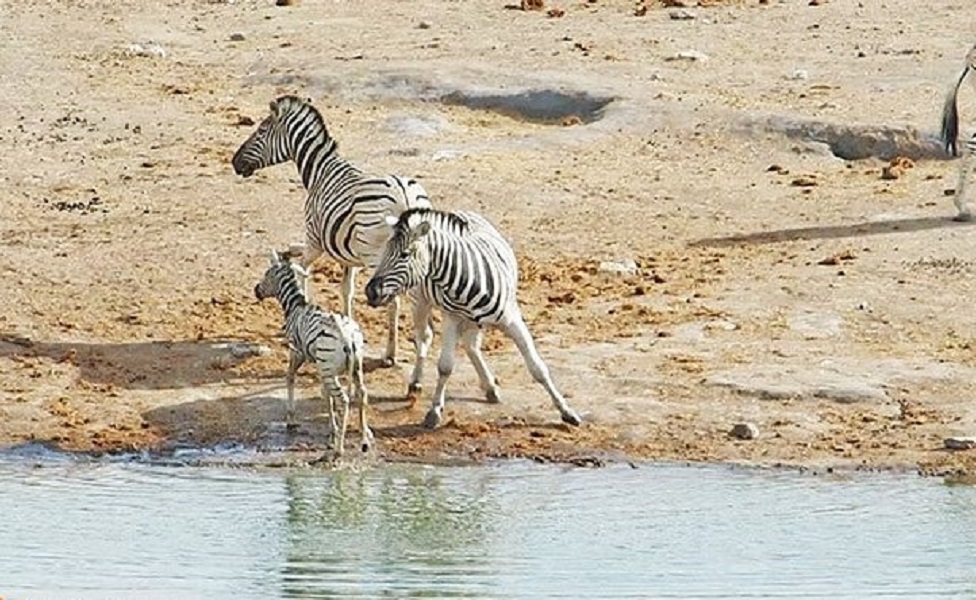 Back in February, sight-seers were able to capture quite an extraordinary event at Etosha National Park in the Namibia Desert of Africa. Footage was taken by Daniel Tjärnén, a railroad worker on vacation to Namibia. “We were hoping for a once in a lifetime sighting,” he said. Boy, did they get it!

15 Celebrities Who Had Work Done in the Chest Department