Every culture has its own traditions, and a majority of them help promote positivity and personal growth within the community. Observances such as Germany’s Oktoberfest, Mexico’s Dia de los Muertos, and Greece’s Name Day are among some of the more popular ones that come to mind.

Then there are a bunch of obscure traditions out there that will leave you scratching your head (and possibly running for the toilet). We’re going to look at the top seven.

The first outrageous tradition on this list involves an extreme form of facial piercing in celebration of a god. 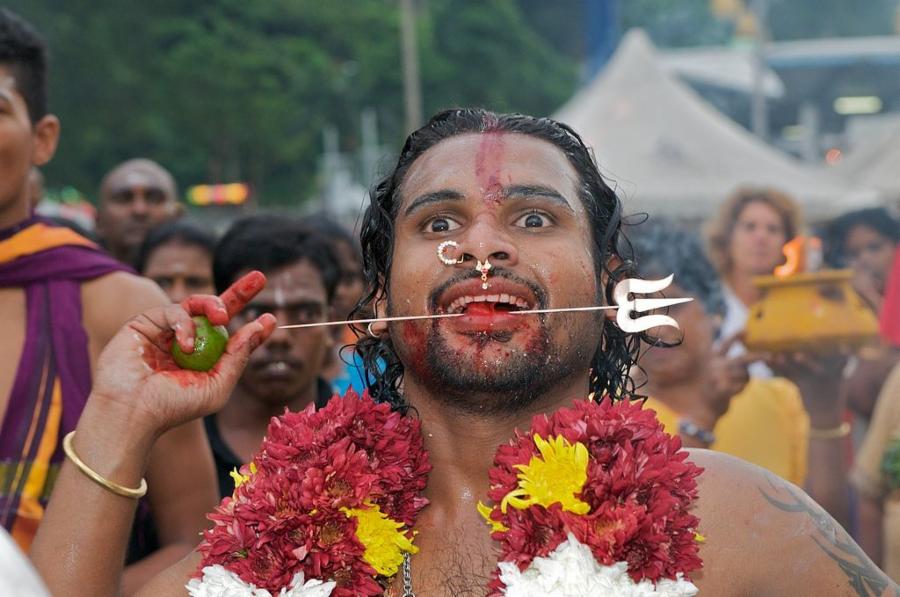 Held in the early part of the year, Thaipusam is a Hindu festival that celebrates the life of Lord Murugan, who defeated the demon Soorapadman with a spear. Every year, thousands of people walk the streets with spears pierced through their cheeks. Some show their devotion to the God of war by getting their head shaved with a blade or walking to the temple with hooks in their back. The festival is celebrated in India, Singapore, and Malaysia.

Things About Smart And Sexy Sportscaster Erin Andrews You Need To...

Trans Girl Receives A Surprise That Changes Her Entire Life In...