Pinterest has grown to become a go-to place for anything inspiring. From DIY crafts, beauty, recipes, home hacks you name it it’s all there. It’s full of gems to be discovered. And if you’re into photography or specifically infant photography you could also find tons of inspiration for that. Like cuddly babies cozily wrapped in a blanket or something more fun like babies dressed up in adorable costumes. It looks easy to do but when amateurs tried to recreate it, they might have forgotten that a professional was hired. But despite the flop, we could enjoy laughing out loud at these Hilarious Pinterest Baby Photoshoot Fails That Will Drive You Insane. Hashtag expectation vs reality. Hopefully, the grandparents won’t have a heart attack when they see these. 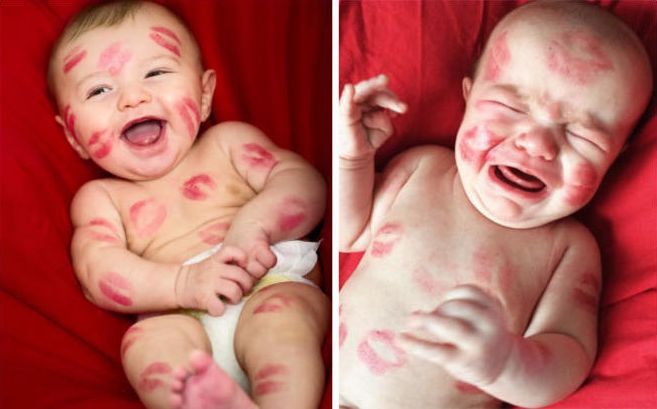 As much as we would like to smother our yummy babies with kisses all over and leave kiss marks sometimes our babies just don’t enjoy them as much as we do. Just like this baby who was murdered with kisses all over. He probably woke up on the wrong side of the bed but the parents still insisted. Now he’s letting everybody know that this wasn’t a fun idea.

These 27 Celebs DO NOT drink Alcohol !