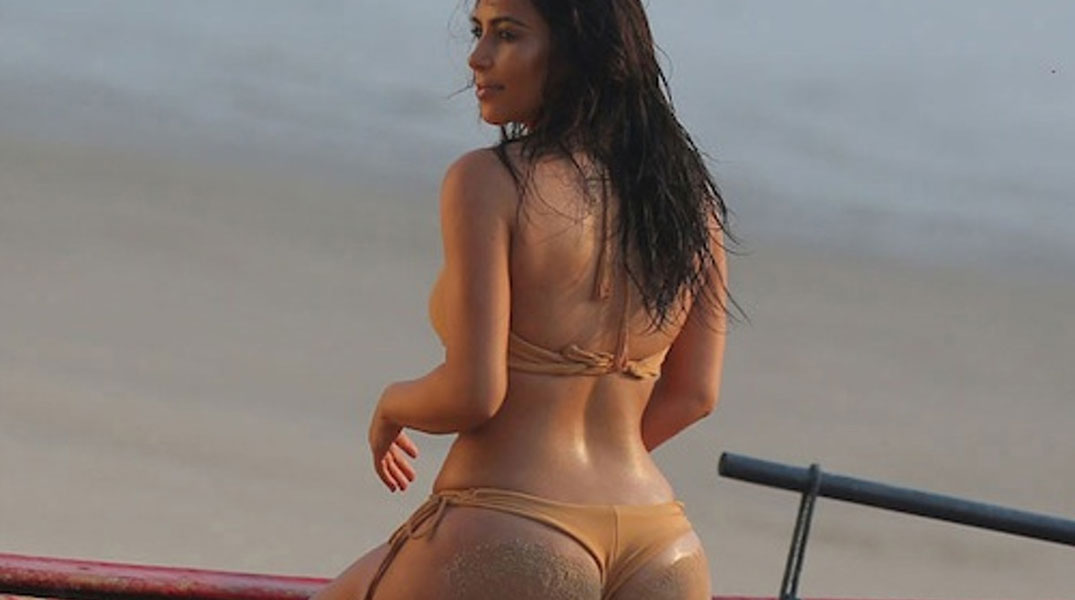 Advertisement
Reality television personality, actress, and model Kim Kardashian has made tens of millions of dollars with her name and likeness. She’s signed deals for everything from smartphone games to beauty products, television shows, modeling campaigns, and social media advertisements. Kim is famous for her brand and the work she does to cultivate it, of course, but there’s simply no denying that certain parts of her really seem to make her money and grab everyone’s attention.

There’s plenty of evidence, too! Check out this roundup of snapshots showing moments when people around Kim were caught checking out her curves.

Here’s Kim with her close friend Jonathan Cheban arriving at Zuma Japanese Restaurant at Miami’s EPIC Hotel. The guy wearing white in the background is clearly catching a glance as she passes by. She looks awesome in this bandage dress and that sky-high pair of patent leather Christian Louboutins.

12 Hotties Get Screwed After Asking The Internet For Photoshop Help