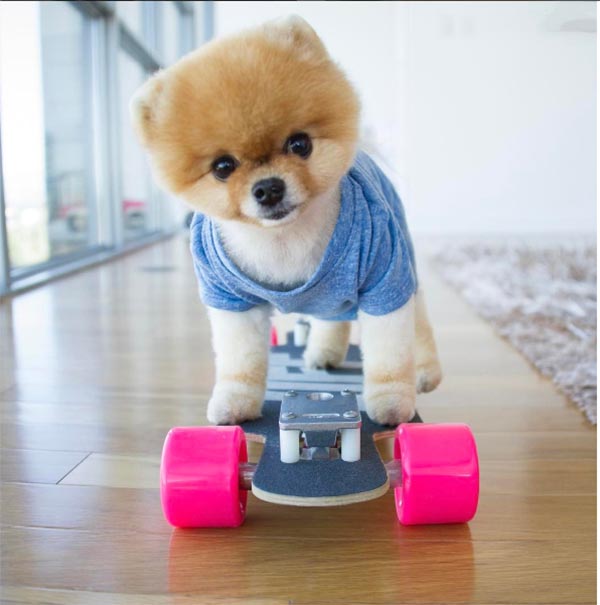 Jiff the pomeranian is a dog of many talents. He knows how to shake hands, bows, rides a skateboard and even stamps his own autograph. His most recent honor was one for the record books – Guinness World Records that is.  He was officially honored in the 60th-anniversary edition as the fastest dog on two legs (yes, two legs), something else for his millions of fans to adore him for. A single appearance by Jiff can fetch as much as $17,000.