Jan Langer is a photographer who wanted to ask some important questions. He notes that in the modern day Czech Republic (or Czechia as it has become), that there are now over 1,400 centenarians – that is, people who have lived to the age of 100. He also says that in 50 years’ time there will be more than 14,000 people of a similar age in the country.

He wanted to see how such people are marked by the passage of time and how they remain the same. This striking series of portraits that he calls “The Faces of a Century” are the answer to those questions. They’re quite astonishing. 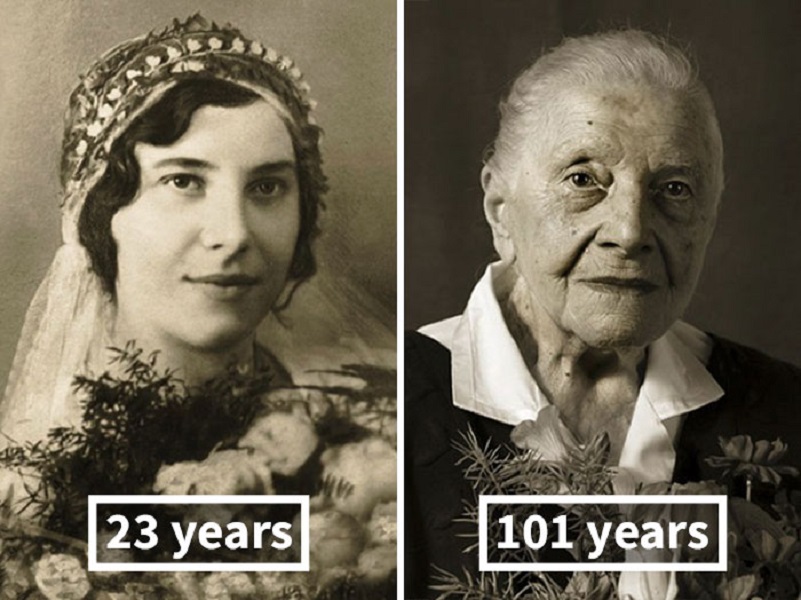 This is Marie Buersova. She was just 23 when her picture was first captured and it was on the day that she was married. At the age of 101, you can still see the young girl that was even if her features do seem to have somewhat hardened over time.

QUIZ: Only 1 In 100 Americans Can Guess All These Countries...