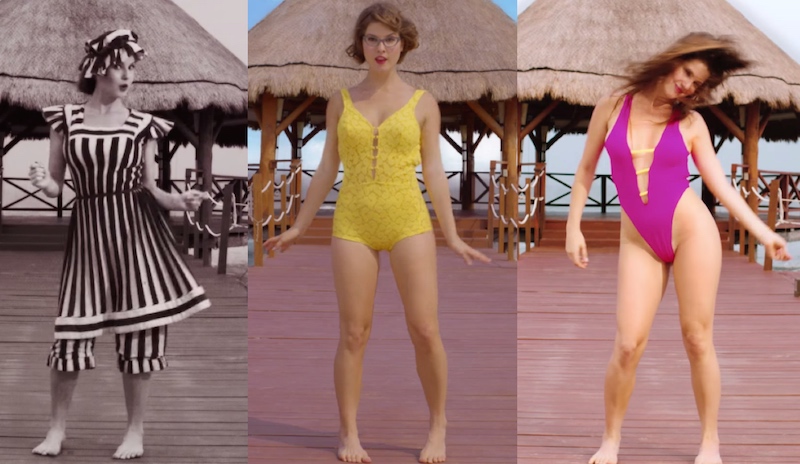 Advertisement
The history of the bikini can be traced back to the ancient times. Illustrations of Roman women wearing swimsuit-like clothing during competitive athletic events have been found in different locations.

French women welcomed the design, but the Catholic Church, some media, and a majority of the public initially thought the attire was scandalous. Contestants in the first Miss World beauty pageant wore them in 1951, but the bikini was then banned from the competition. During the early 1960s, the design appeared on the cover of two famed magazines making it more acceptable.

The swimsuit steadily gained wide acceptance in Western society. According to French fashion historian Olivier Saillard, the swimsuit is probably the most popular type of female beachwear around the globe because of “the power of women, and not the power of fashion.” As he explains, “The emancipation of swimwear has always been linked to the emancipation of women.” Let’s take a look at the evolution of the bathing suit.

35 Things That Will Give You Regrets When You Are Old