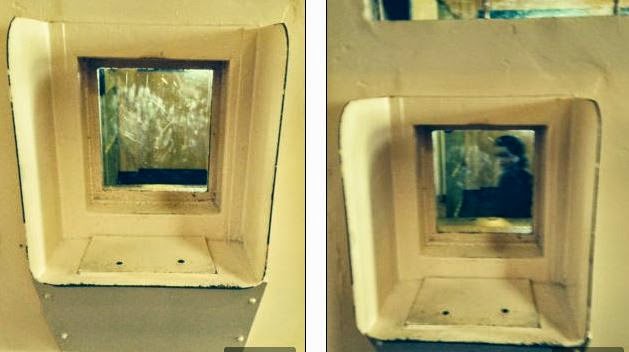 The Native Americans have claimed to encounter evil spirits on the island long before the prison was built. And famous writer Mark Twain documented the eerie atmosphere of the island after visiting it as “being as cold as winter, even in the summer months.” Even prisoners, rangers, and visitors have reported a wide range of suspected paranormal activity on Alcatraz.

Just like this British couple who had an encounter while visiting the island. Sheila Walsh took a photo of a visitation block window where there was a figure of a woman, dressed in what looked to be the 1930s or 40s clothing and hairstyle. The woman can be seen staring directly through the window at the camera from inside the inmates’ visitation waiting room. On the left is what the window is supposed to look like. Be careful of the photos you take, you’ll never know who could appear in them.

Started From The Bottom: 12 Things To Know About JLo’s New...