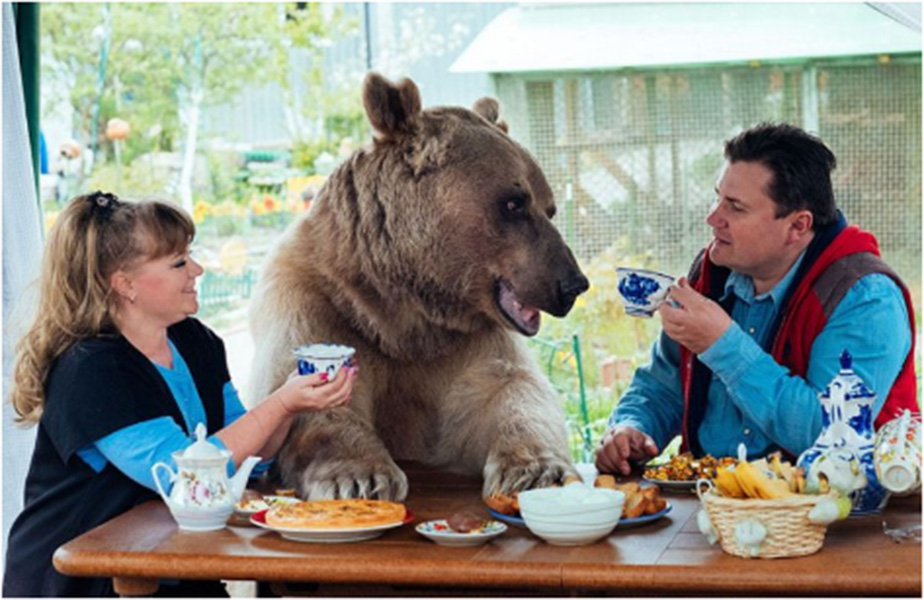 Advertisement
We all love to read stories about people who have exotic pets. Some people decide on a rare South American bird or a large reptile. There is a family in South Africa who owns a pet hippo. Watching unconventional household animals roam around a house is quite entertaining, to say the least.

Svetlana and Yuriy from Moscow, Russia adopted a brown bear named Stepan when he was a cub, and have been raising him ever since. Twenty-three years have gone by since they found the defenseless cub, and Stepan grew four times larger (but he is ten times more loveable). 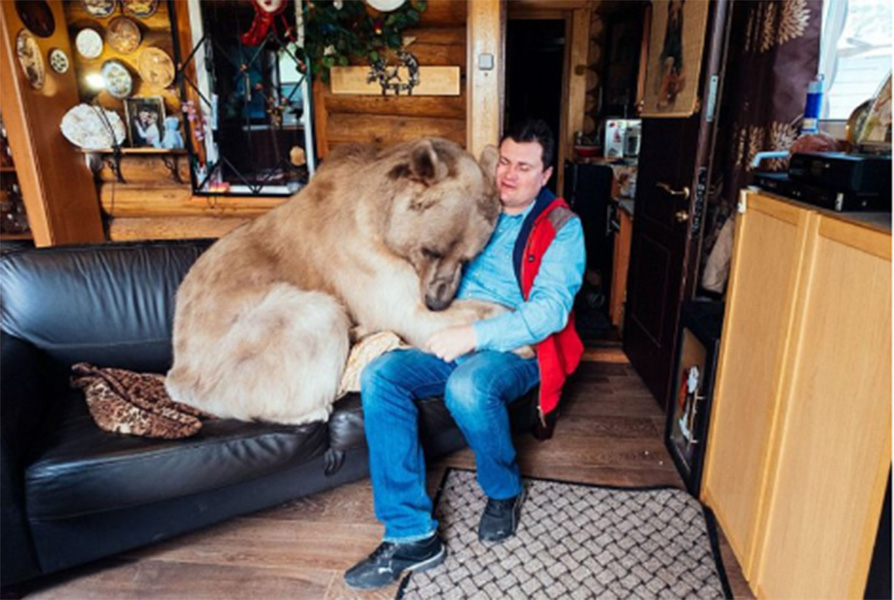 Svetlana and Yuriy Panteleenko found Stepan when he was only a three-month-old bear cub. Without his mother to teach him how to hunt and survive, he would not have lasted very long in the harsh wilderness. The couple decided to take Stepan in and raise him as if he was their own child.