Every day it appears we are announcing a different animal species as endangered or worse, extinct. It’s a sad state of affairs considering humans are responsible for an embarrassing amount of them. Even before the industrial revolution caused an irreparable amount of damage to our home continents, explorers were responsible for the destruction of a special species on a deserted rocky island in the middle of the Pacific Ocean.

Though it is a small insect, humans believed it to be gone forever. Can an animal species make a vast comeback? Can humans actually help solve a problem we created? Read on to find out! 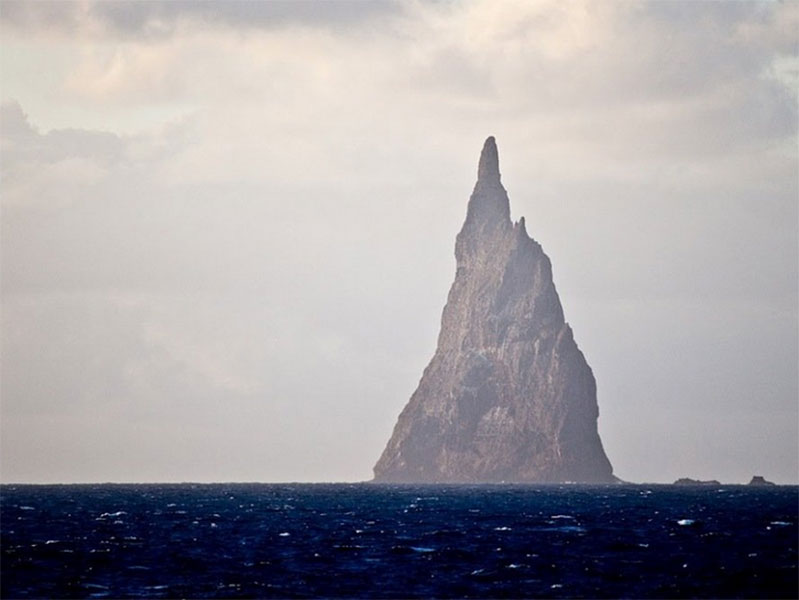 Ball’s Pyramid is located 12 miles southeast of Lord Howe Island in the Pacific Ocean. It is the remaining vestige of a shield volcano and caldera which was created over 6.4 million years ago. It stands at 1,844 feet in elevation yet is only 3,600 feet in length. Find out how the island was discovered in #9.