The animal kingdom always has plenty of surprises for us to witness. It’s impossible to predict how any animal will react in any given situation.

Take dogs. Dogs, despite their domestication, are a natural predator. Their biologically pre-programmed job is to eat things that are smaller than them.

Yet, it might just be that that hint of domestication is capable of transforming the predatory nature of a dog into something completely different.

That’s what we find here – a dog acting against all its natural instincts as it tries to become the mother of a bunch of baby goats. 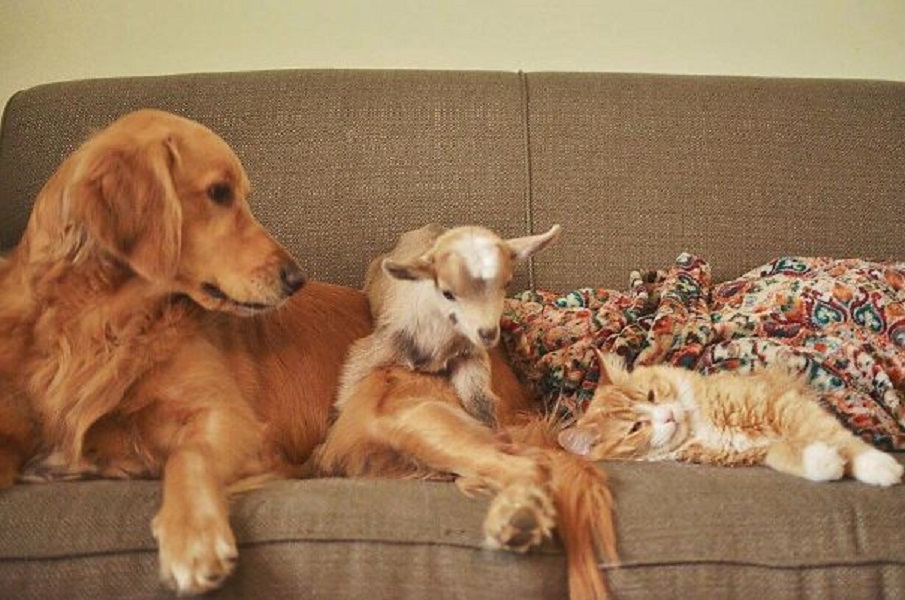 Advertisement
This is Loryn. She is a golden retriever. As a breed, the golden retriever is meant to be a gun dog. That means their natural skill is to fetch game that has been shot by a hunter and to bring that game back to the hunter undamaged. That’s because nobody really wants dog tooth marks in their dinner.
Advertisement