In this world of ours with 7 billion people, it’s hard to imagine that there are some places that could be abandoned. And yet, they exist. Each one of them has its own fair share of story and charm. Beneath all the rust and cracks, it’s hard to believe that these abandoned places were once where people used to live, pray, have fun and make a living. It’s as if those people just picked up and left. Each one makes us think that it’s just natural circle of life and existence, the things that used to belong to people are slowly being reclaimed by nature again.

Here are the tales of 40 abandoned places most people would have otherwise never seen and how come they came to be deserted. Don’t these pictures give you goosebumps? 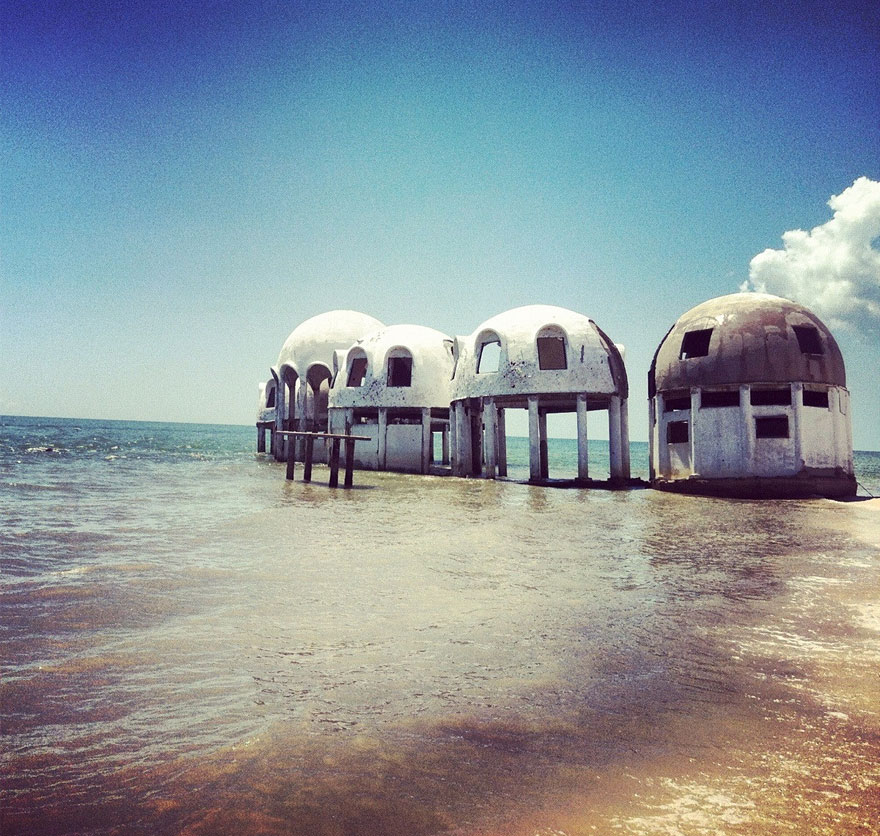 Advertisement
These abandoned dome homes that sit majestically in the sea on Cape Romano off the coast of Florida in the U.S were built in 80s from the brilliant mind of a retired oil producer, Bob Lee. The ever changing cape, still standing from numerous storms and hurricanes over the years, keeps boaters mesmerized into thinking how was it back in the past. What their fate will be today is still uncertain.
Advertisement