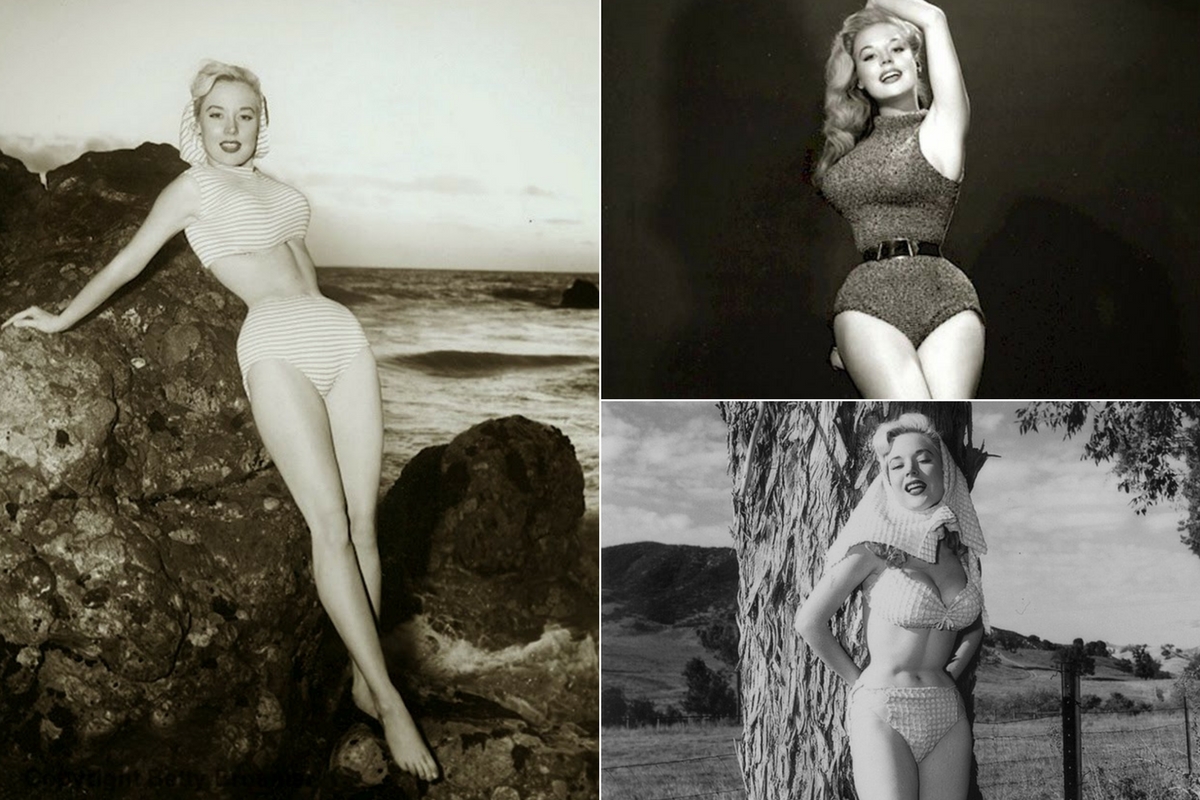 Advertisement
Black and white pin up photos have now become a trend. Modern girls try to imitate the girls from vintage photographs. It’s no surprise because these photos are easy on the eyes. If you know what I mean.

Like the photos of Betty Brosmer, American bodybuilder, and physical fitness expert. During the 1950s, she was a popular commercial model and pin-up girl.

In 1961, married Mr. Olympia founder and magazine publisher, Joe Weider. She then started her lengthy and successful career as a spokesperson and trainer in the health and bodybuilding industry. She’s also a longtime magazine columnist and co-authored several books on fitness and physical exercise.

Betty Brosmer started her career as a catalog model and won 50 beauty pageant titles before the age of 20. She also graced the covers of countless magazines, calendars, and record albums. We’ve gathered some of her best photos for you.