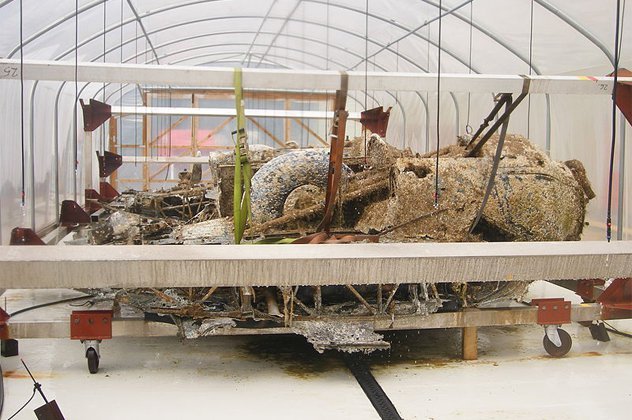 The Dornier 17 was a bomber which was part of the German air force back in World War II. Its biggest contribution to the war effort came during the Battle of Britain. The last Dornier 17 was decommissioned in Finland in 1952 and it was thought that there were no remaining planes of this type anywhere in the world – until divers found one on Goodwin Sands in the UK. £600,000 later – the plane is now in a museum undergoing restoration and will be the only one of its kind in the world.