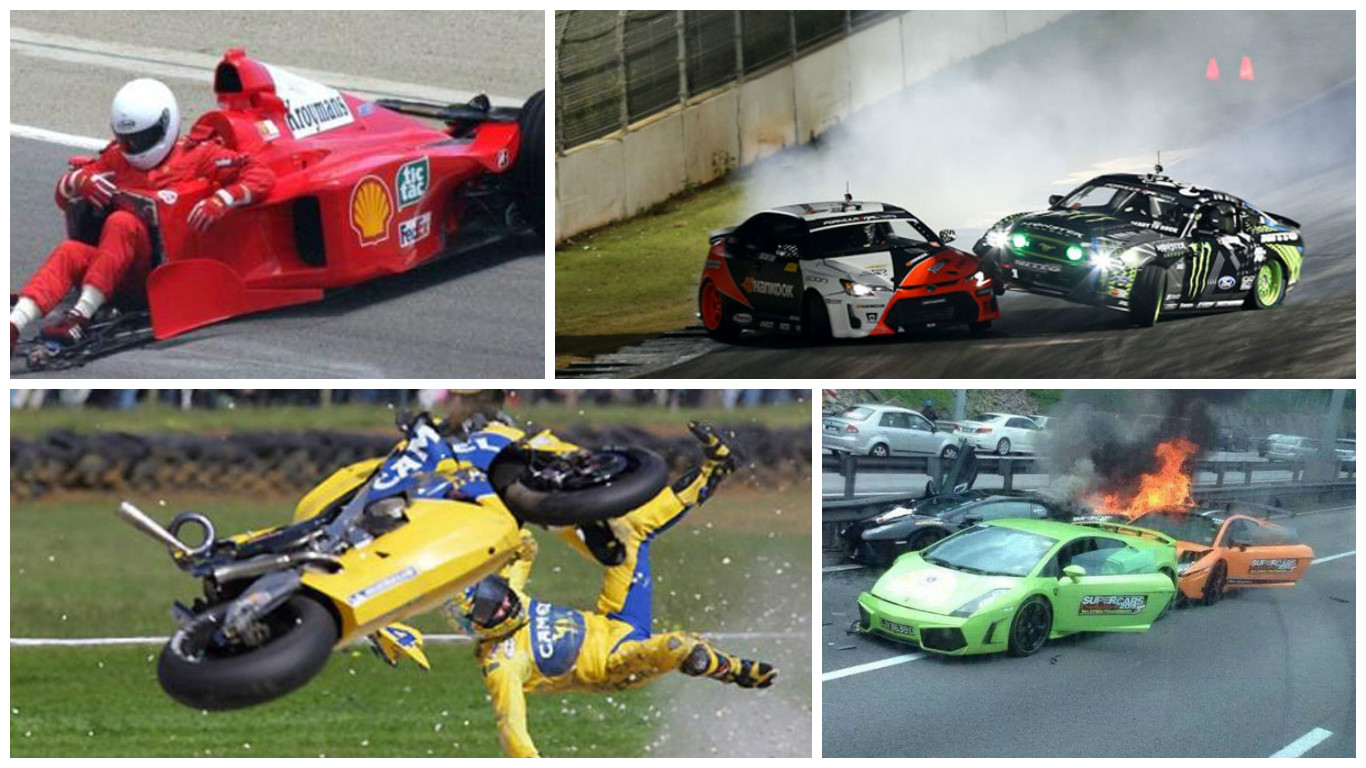 Cars are fast, cool, and sometimes sexy. But guess what? They can also be pretty dangerous. You won’t believe what some cars are able to survive through. A car can go from cool and fast to scary and dangerous in a matter of seconds. But professionals who make a living out of driving cars and planes know this, so crashes and explosions are to be occasionally expected. Lucky for us, most of the instances are also recorded! Here are 18 perfectly timed photographs of fast cars and planes taken at the best time to show when it all went wrong. 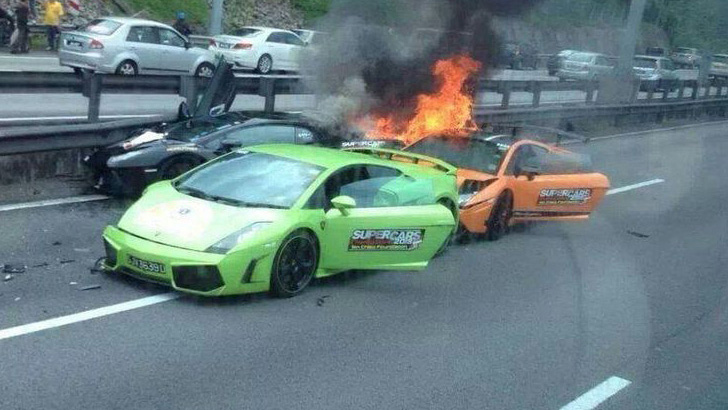 These Lamborghinis were all headed for a car show when one had an accident. The first car crashed into a concrete wall causing the other two to crash into the first. Luckily, no one was hurt in the build-up. The only thing harmed was the bank account of the owners, as all the cars combined are worth millions of dollars. Hopefully, they had good car insurance!

15 Wives and Girlfriends Of The Richest Men In The World