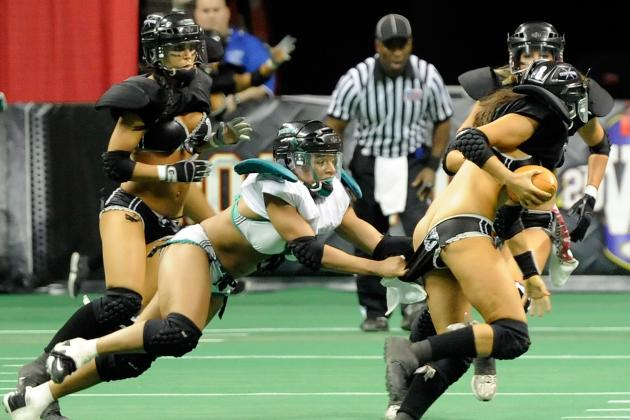 The Lingerie Football League (now the Legends Football League) is a league here scantily clad women wearing pad compete in football against each other in teams of 7. The league has been a hit among men (not shocking) and I’m sure the fans weren’t too upset when this little moment took place.

One of the toughest sports to pick up would definitely have to be hurdles racing. The fear of tripping and falling over one would be constant. However, the man in our photo had a different problem as he actually fell short of the hurdle and drilled his face right on it! Ouch. 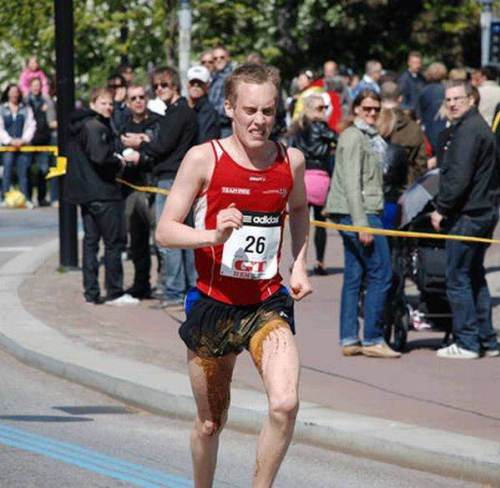 Now this is a classically disgusting picture, but we had to include it. I guess this runner felt it was more important to finish the race than to stop running. While we appreciate his heart and desire to win, a trip to the toilet probably would have saved him a ton of embarrassment, and a pair of shorts.

If you were watching this game on video, there isn’t a good chance you would have caught this moment. This looks like it is during the aftermath of a sack, but this photog caught something that looks much different. You can be sure that Rex Grossman (number 8) will never hear the end of this photo.

Teen Wants To Give Grandma Prom She Never Had, School Says...