Baywatch was one of the most popular TV series during the 90s. Good times. It is an action drama series about the Los Angeles County Lifeguards who patrolled the beaches of Los Angeles County. The sun, sand, and fine-looking lifeguards made the perfect mix for the debut of the show in 1989. Unfortunately, NBC wasn’t completely satisfied with the characters and storyline so it was canceled abruptly after one season. But miraculously it was given a second chance in 1991 and it became one of the most-watched television shows in the world. The cast members and red swimsuit beauties quickly became household names and transformed formerly unknown actors into international superstars. So maybe now you’re wondering what happened to your favorite lifeguards? Do they still look steamy in their swimwears or is it better to just look back on the good old glory days? Let’s take a look at our favorite Baywatch lifeguards and see what they’ve been up to since their last big rescue. 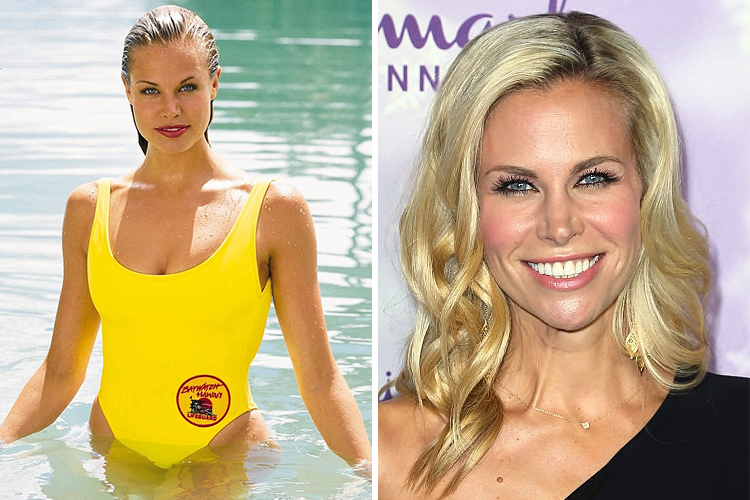 Brooke Burns is one of the most watched and well-known Baywatch lifeguard. She was a ballet dancer for 12 years during childhood but shifted to modeling at age 15 after tearing a ligament in a skiing accident. Prior to snagging a role in Baywatch, she already appeared in three TV shows namely, Out of the Blue, Conan the Adventurer and Ally McBeal. So playing Jessie Owens, the attractive lifeguard was not as challenging and she won the hearts of audiences playing the character for 46 episodes and over a span of three years. After wrapping up in the TV series, she continued acting and appeared in several TV shows and films. In November 2005, she had a diving accident and broke her neck. She was able to fully recover but she has a titanium fusion in her neck. The stunning actress and former model still look great, even gorgeous than ever! She has been married twice and is now happily married to film director Gavin O’Connor.

Married With Children Cast Then And Now