The Met Gala or Met Ball is also formally called the Costume Institute Gala. This event is an annual fundraising gala for the benefit of the Metropolitan Museum of Art’s Costume Institute in New York. It marks the grand opening of the Costume Institute’s annual fashion exhibit. Each year’s event celebrates a different theme of that year’s Costume Institute exhibition, and the exhibition sets the tone for the formal dress of the night since guests are expected to choose their fashion to match the theme of the exhibit. For the 2015 exhibit, the theme was “China: Through the Looking Glass”. The celebrity attendees dressed in ravishing reds and dazzling golds which both colors representing good luck in the culture. Want to see the celebrities’ fabulous dresses? Click on to see the 15 Met Gala Best Dressed Celebrities. 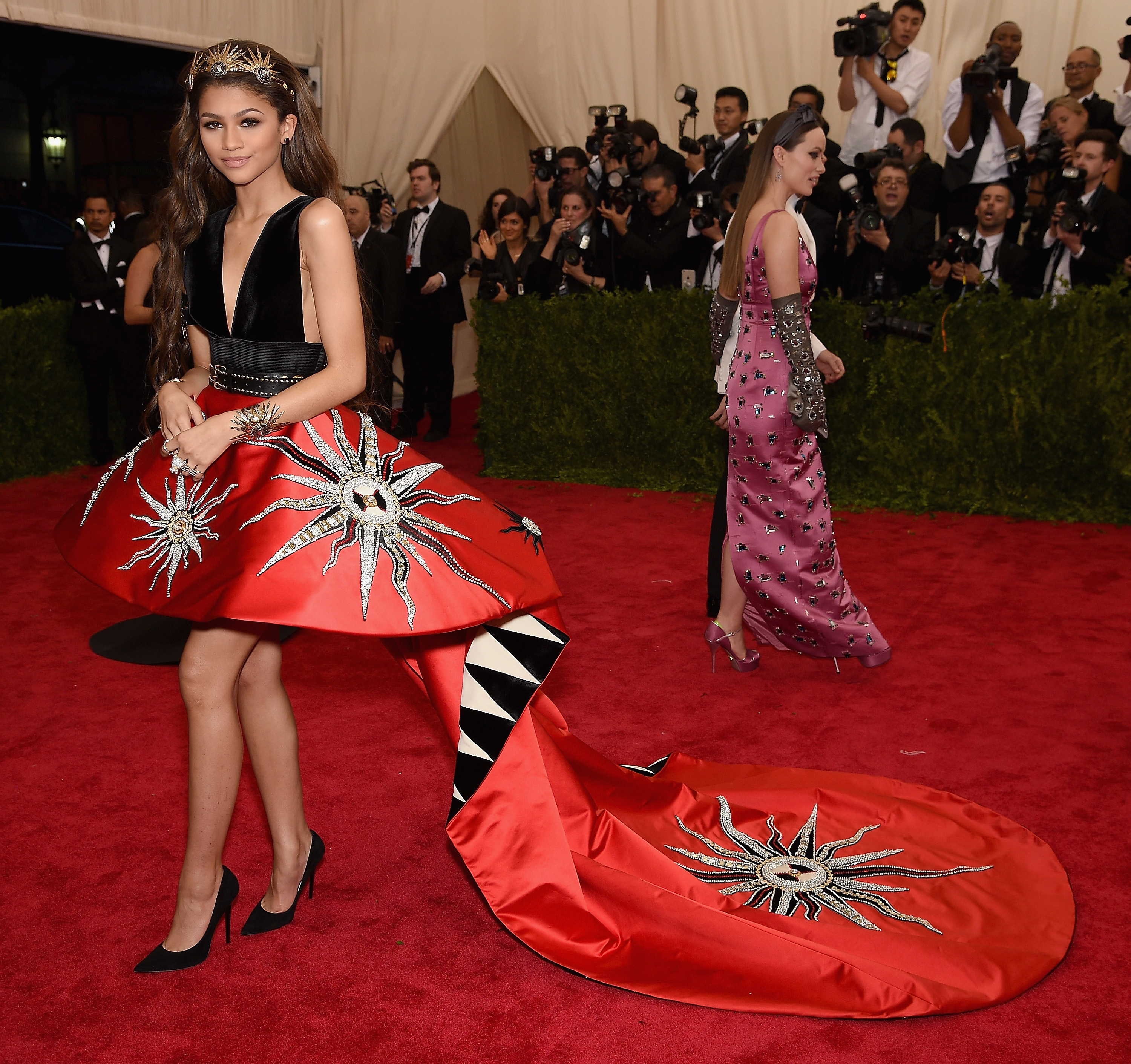 Zendaya Maree Stoermer Coleman or simply known as Zendaya is an actress, singer, and dancer. She started in the Disney channel sitcom Shake It Up as Rocky Blue. She has also starred in two films and played one of the lead roles in the film Frenemies as Halley Brandon and voiced Fern in the Pixie Hollow Games. Her breathtaking dress is a combo of plunging black velvet bodice and crimson silk duchesse asymmetric skirt with hand-embroidered with crystal and velvet sun motifs was pure magic. She rocks the dress for her age.

The Story Of This Child With Learning Disabilities And His Furry...

What the Perfect Female Body Looks Like in 18 Countries