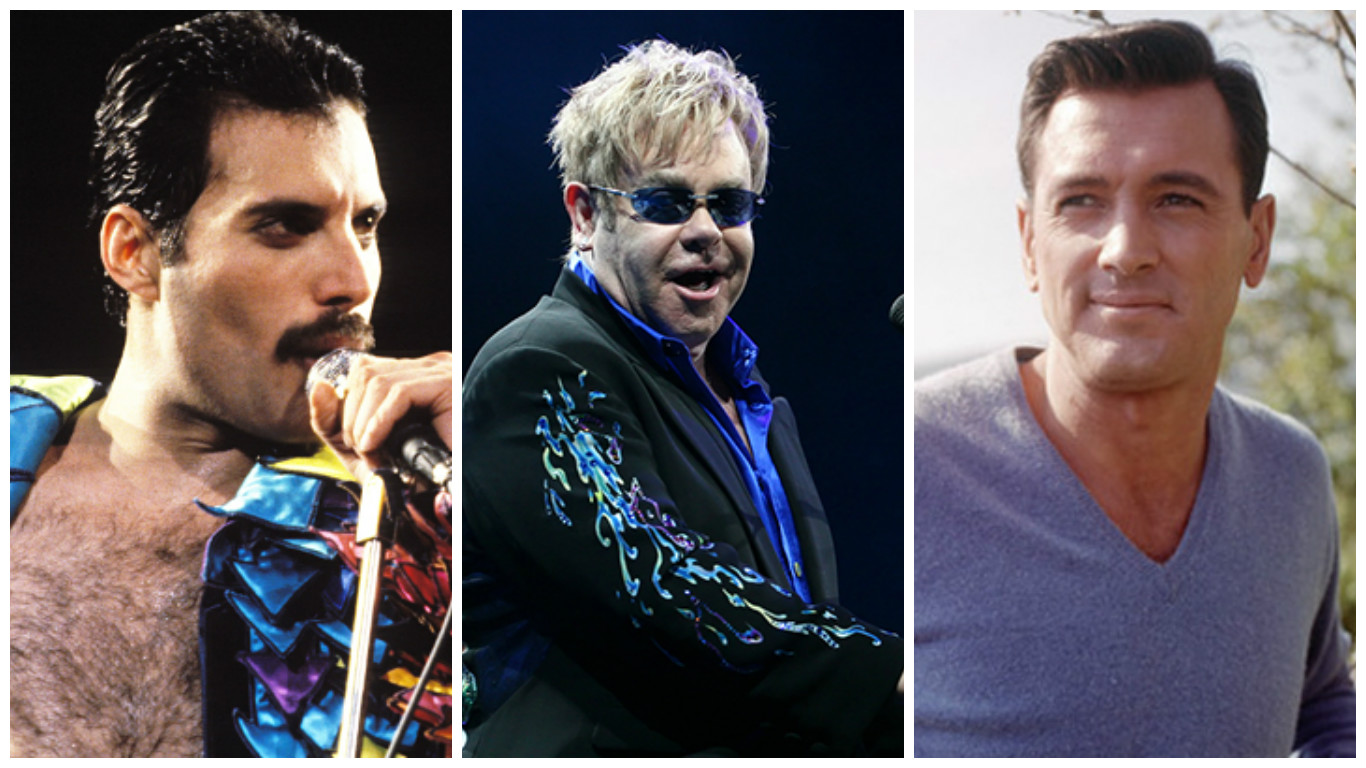 Advertisement
Being gay is completely accepted by society today (well ignoring a few hateful people, anyway). But it hasn’t always been easy to be a gay man.

For much of the 20th century and before that, gay people faced persecution and even prosecution at every turn. Gay men had it harder than gay women, as laws were specifically aimed at gay guys.

So it’s perhaps no surprise that so many male homosexuals took shelter within the confines of a heterosexual marriage to reduce speculation about their sexuality and keep them safe from the long arm of the law and societal disdain.

Here are 15 of those folks you just might recognize, including number 12, which “rocked” the world!

Have bad teeth, but not enough money to fix them?