People say a lot of weird stuff on the internet. Most of the time, people like to put on a show to impress their many followers and friends for likes, shares, and comments.

Some people, however, tend to seek social media attention to the point where they will make up incredibly obvious lies. They do so with the hopes of never being called out.

That isn’t the case for some people who have quick-witted friends, that know how to use logic and a quick Google search.

You won’t believe what lies some people tell on social media, and how they eventually got called out. 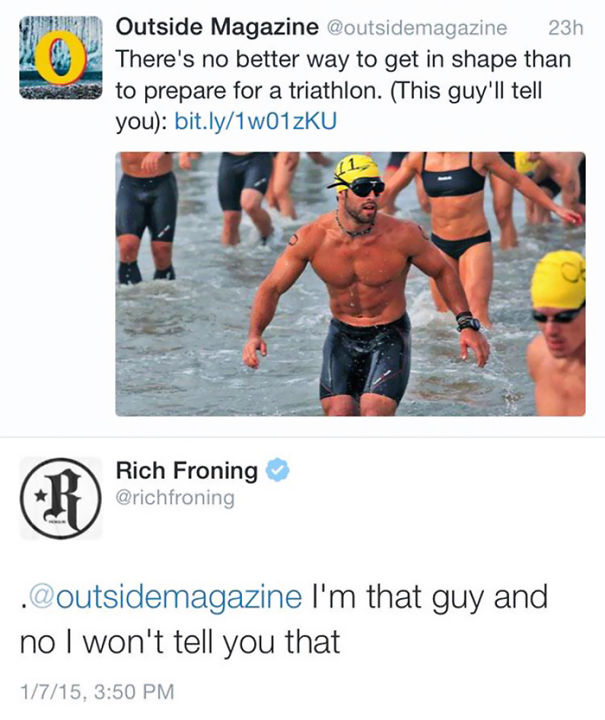 Advertisement
A sports magazine attempted to predict what an athlete would say to someone about getting into shape. The athlete somehow found the tweet with his photo attached, and appropriately corrected the magazine. You should never put words into someone’s mouth.

Speaking of getting called out, you won’t believe what happened in #11.

When You Think Of Kick-Ass Action Movie Scenes, These Come To...

Celebrities Who Only Fly Private… Because First Class is Not Enough