It’s been a long two years for president-elect Donald Trump. Throughout his bid to become President of the United States, there has been enormous media coverage on every speech he’s given, every Trump rally, every Twitter tirade, and of course, we can’t forget the debates. Love him or hate him, Donald Trump speaks his mind, and because of that, he has made some doozy sound bites. Some have said that Trump is fueled by his own narcissism and big ratings, and there could be something to that. We all know that to bring in ratings or to incite a large crowd, sometimes you have to get a little outrageous, for better or for worse.

Check out the 12 most outrageous things Donald Trump has ever said. Oh, and you can’t blame us if #3 triggers your gag reflex. You’ve been warned! 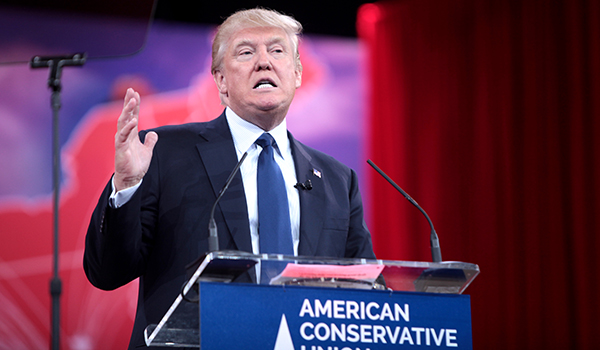 Advertisement
After getting caught joking about sexual assault in a leaked videotape from 2005, president-elect Donald Trump pointed the finger at former president Bill Clinton’s own sketchy history. “This was locker room banter, a private conversation that took place many years ago. Bill Clinton has said far worse to me on the golf course – not even close. There’s never been anybody in the history of politics that has been so abusive to women.”
Advertisement

This Discovered Camera Shows Never Before Seen Photos From The Vietnam...

Yada-Yada-Yada: The Whereabouts Of The Cast Of “Seinfeld”