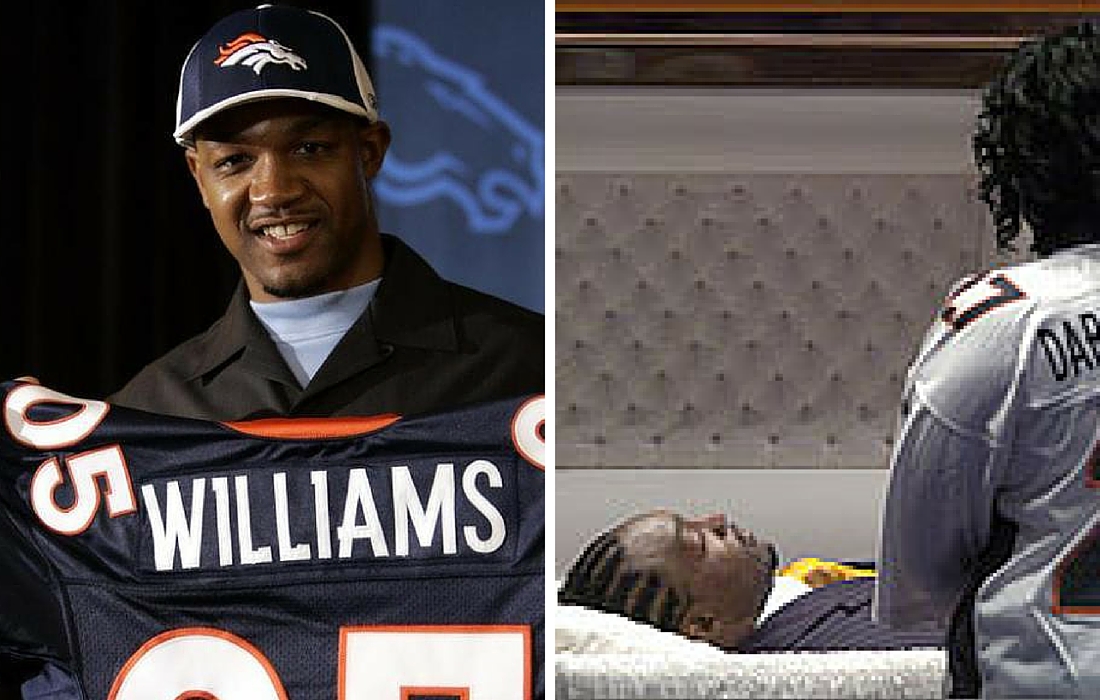 Darrent Demarcus Williams is an American football player for the Denver Broncos. He was a second-round draft pick by the Broncos in 2005. Sadly, his career was cut short when he was killed in a drive-by shooting the day after he finished his second season with the Broncos. It was New Year’s Day. His 7-year-old son cried inconsolably when he viewed his father’s body.