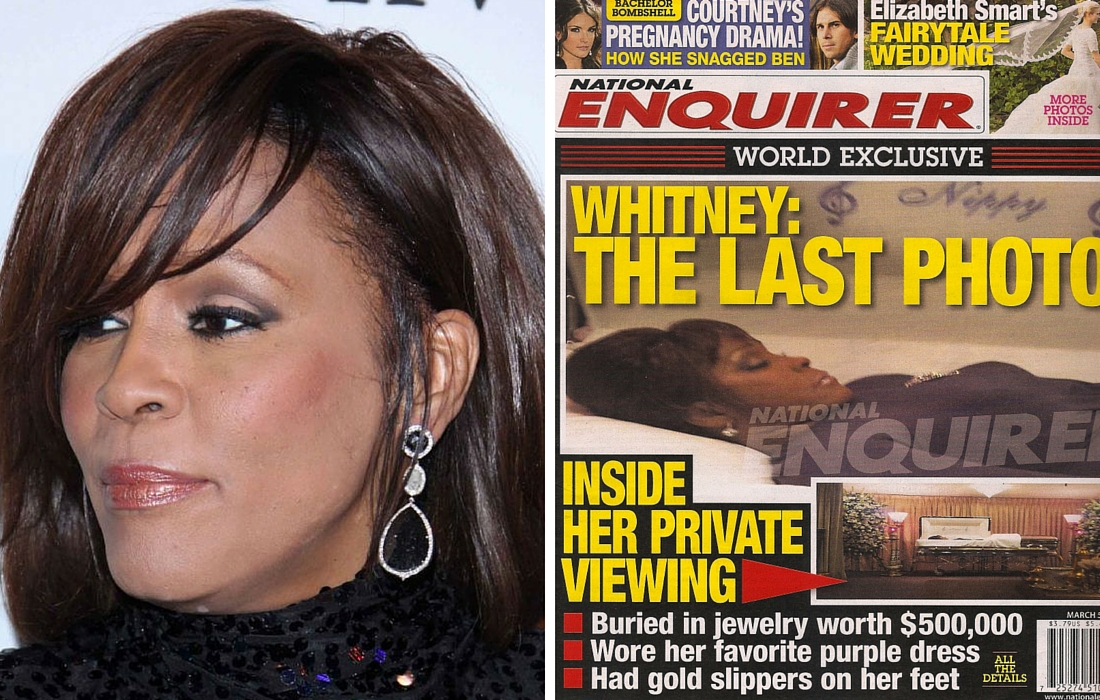 The singer, actress, producer and model extraordinaire is the most awarded female act of all time and is one of pop music’s best-selling music artists of all-time. During her funeral, the tabloid National Enquirer published a photo of Whitney Houston in her casket on the front cover of one of their issues. It was obtained unlawfully from one of the funeral staff. Their action was widely despised but it also resulted in one of their bestselling issues.

Girl Puts BF On Blast For Cheating: Then He Drops A...