Disney has done a pretty good job of creating strong, independent, and smart princesses, who are always in search of accomplishing their own goals. The best Disney Princesses are the take-charge women who won’t let any person or mythical creature stand in their way.

The top women in Hollywood are also independent, strong, smart, and willing to do whatever it takes to reach their goals.

These 12 Disney Princesses have found their doppelgänger in real-life.

We chose our list based not only on the similar facial and body features of these ladies, but also the very similar personal traits they share.

Here are 12 celebrities who look and act like Disney Princesses. 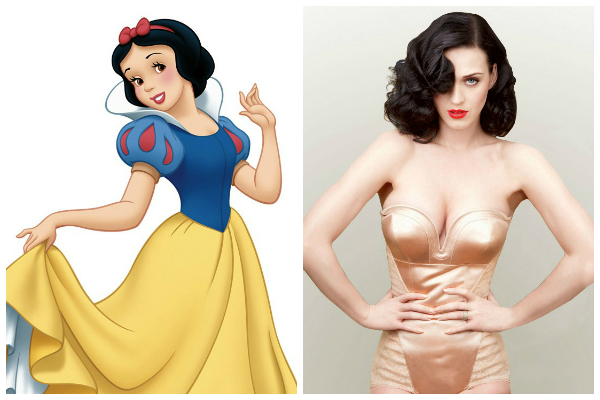 This side-by-side comparison of Snow White and Katy Perry shows us some striking similarities. They are both fair skin women with beautiful red lips and hairstyles that harken back to a different time. Snow White was also living in a man’s world but she took charge of the situation, much like Perry in the male-dominated record industry. Plus, Perry’s music video for Roar shows that much like her Disney counterpart, she’s not afraid to interact with mother nature.

This Missing Appalachian Trail Hiker Stumped Authorities Until They Found Her...