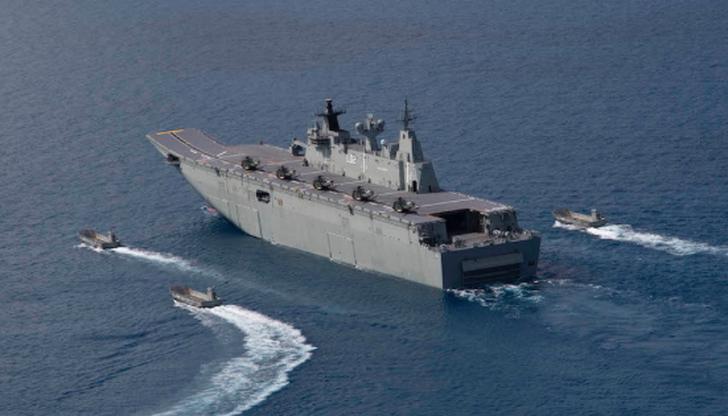 Advertisement
The Royal Australian Navy’s first Canberra-Class helicopter will be the HMAS Canberra, which is the second time a vessel under the Australian flag will have taken the name Canberra.

The Canberra uses the sophisticated Vampir system for defense, and up to 18 helicopters can be based on the ship at any one time.

More importantly, the Canberra is designed to deliver over 1,000 troops to any part of a battle in rapid deployment conditions. It’s capable of upsetting the balance of minor conflicts, quickly.

The Canberra has been used, to date, only in humanitarian missions to deploy emergency aid to Australian allies.